Former judge Motahar Hossain, who recently acquitted BNP Senior Vice-Chairman Tarique Rahman in a money laundering case, is now living in Malaysia.
“Motahar Hossain left the country for Malaysia on January 8 as graft allegations against him have kept on evolving. The ACC came to know the present abode scrutinizing his travel documents of Hossain,” Anti-Corruption Commission (ACC) deputy director and inquiry officer Harunur Rashid told reporters here on Thursday.
Motahar Hossain, while serving as a judge of Special Judges’ Court-3, on November 17 acquitted Tarique, elder son of BNP Chairperson Khaleda Zia, in a money laundering case involving Tk 20.41 crore.
But Tarique’s close business associate Giasuddin-Al-Mamun had been sentenced to seven years in prison and fined Tk 40 crore for complicity in the money laundering case.
The information about his graft allegations came to light while an ACC team launched preliminary investigation against the “discrepancies” in the wealth statement of the judge who retired 43 days after delivering the judgment, said Rashid, who is also leading the ACC team in the investigation that started on January 20.
Meanwhile, the ACC interrogated two stenographers of two separate Dhaka courts to get information on the judge’s wealth, Pranab Kumar Bhattacharya, public relations officer of the ACC told reporters at his office Thursday.
They are: Md Abul Hossain of Speedy Tribunal-4 and Nurul Islam Mollah of Special Judges Court in Dhaka.
The graft watchdog also summoned Judge Md Motahar Hossain’s gunman Badal Dewan and driver Sohrab Hossain on January 27 to question them on his assets, Bhattacharya said. “They have been summoned as part of the inquiry,” he told reporters.
The High Court ordered Tarique to surrender after it accepted an appeal filed by the ACC challenging the verdict. Tarique Rahman was not present during the hearing of the case, as he has been living in London since 2008 after getting bail from the Supreme Court.
The ACC filed the case against Tarique and Mamun on October 26, 2009.
During the pronouncement of the judgment, Judge Motahar Hossain told the court that “Tarique did not conceal any information of this transaction in his wealth statement submitted to the Anti-Corruption Commission on June 7, 2007. So, the charges against him could not be brought under the Money Laundering Prevention Act-2002. Therefore, he is acquitted.” 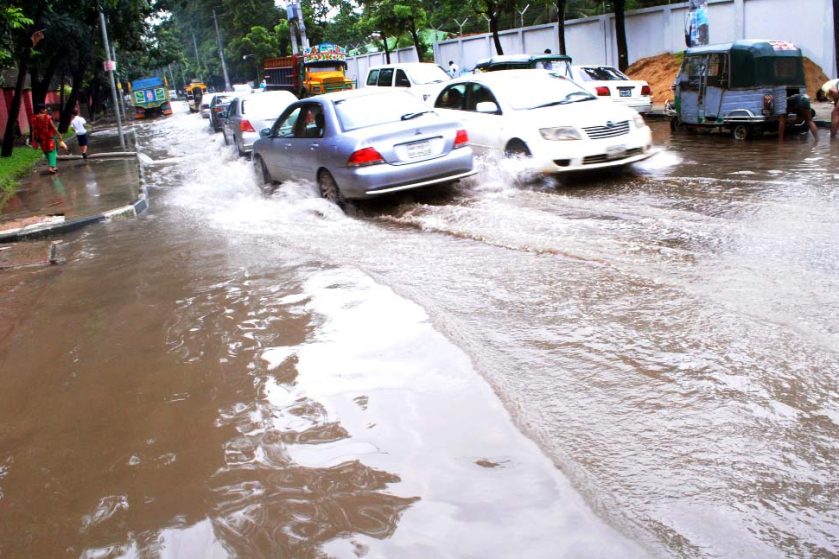 Vehicles struggle through the stagnated rain water. The snap was taken from the city’s Mintoo road on Friday.

Couple among 4 killed in Gazipur fire

Kiwi Brockie dashes from Peru to DR Congo for final