RU Correspondent :
Rajshahi University (RU) authorities have expelled three admission seekers for resorting to unfair means during the admission test of ‘E’ unit for first-year honours courses on Friday.
The expelled students were identified as Tarikul Islam, Asadur Rahman Bappy, both are the first year students of Psychology Department of Govt. Azizul Haque Collage, Bogra and Bayazid Hossain hailing from Khulna and Iftiaz Hossain.
Bayazid was detained by law enforcers among the expelled students.
According to proctor office of the university, on duty teacher detained Tarikul Islam with electronic device from the room no. 120 of Ismail Hosain Siraji arts building and Bappy was detained from the university school and collage while the admission test of ‘E’ unit first shift (8:30- 9:30am) was going on. 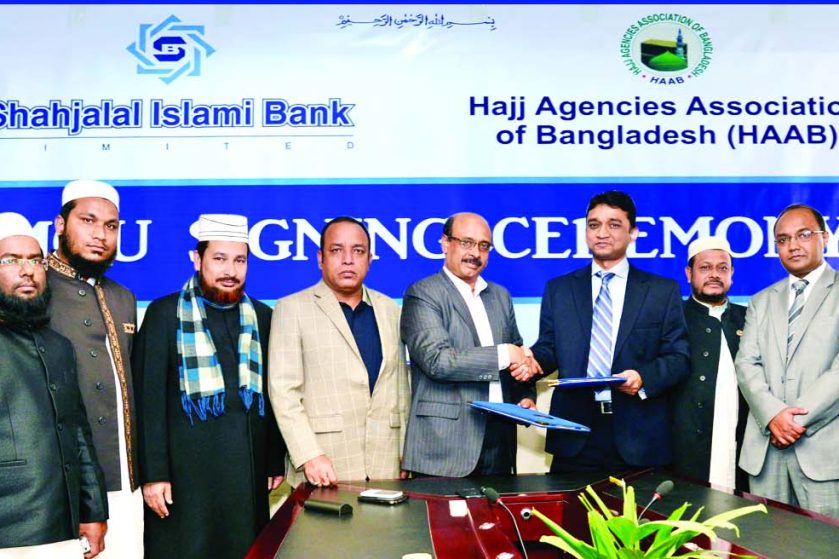 M Mushfiqur Rahman, SEVP of Shahjalal Islami Bank Limited and Md Ibrahim Bahar President of Hajj Agencies Association of Bangladesh sign a Memorandum of Understanding at HAAB office recently to facilitate balloty and non-balloty Hajj and Umrah pilgrims to deposit their Registration Fee to 93 branches of the bank all over the country.