admin
AFP, Mihtarlam :
Gunmen shot dead five young Afghan men playing volleyball, officials said Friday, but Taliban insurgents responsible for much of Afghanistan’s unrest denied any involvement in the killings.
Former warlord Ismail Khan, a vice-presidential candidate in the forthcoming April election, also escaped an apparent assassination attempt when a suicide bomber detonated himself outside a mosque after Friday prayers.
The volleyball players were gunned down in the eastern province of Laghman by attackers riding on a motorbike.
“Armed men opened fire on a volleyball game. The players were young men, all innocent, and all of them were killed,” Sarhadi Zwak, spokesman for Laghman’s provincial governor, told AFP.
The Taliban regime between 1996-2001 banned volleyball and many other activities, but a spokesman for the group said it was not responsible for Thursday’s deaths.
“We completely reject this allegation. We are not involved in this killing at all. Those who killed them are not our men,” Taliban spokesman Zabihullah Mujahid told AFP. 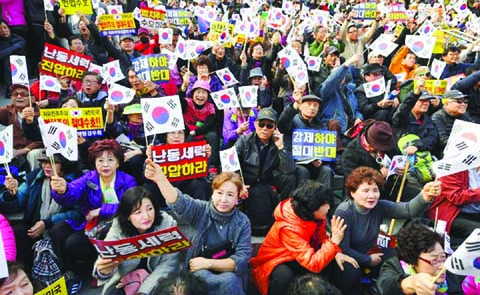 US trying to form ‘terror army’ in Syria

Walton gets German investment to expand its global market