UNB, Dhaka :
With a focus on delivering much more development outcomes, newly inducted Planning Minister AHM Mustafa Kamal has hinted at revisiting the existing plans of the government to ensure that those could fulfill more expectations of the country’s people.
“I’ll have to review those plans, including the Perspective Plan and Sixth Five Year Plan. I’ll have to see whether those are fulfilling more expectations of the country’s people,” he said in an interview with UNB on his assumption of office as the new Planning Minister after veteran AK Khandker.
After revisiting the various aspects of the plans, he said, steps would be taken to make those more time-befitting ones if any of the component or objective of the plans failed to fulfill the expectations of the common man.
The ‘Perspective Plan of Bangladesh (2010-2021): Making Vision 2021 a Reality’ is a strategic articulation of the development vision, mission, and goals of the government in achieving a prosperous Bangladesh grounded in political and economic freedoms a reality in 2021.
The Sixth Five Year Plan (SFYP) projects a GDP growth of 8 percent at the end of the plan period in 2015 with giving priority to reducing regional disparity, education, employment generation and industrialisation.
Asked about the unnecessary delay in the planning process which often impedes the project approval process and its execution, Mustafa Kamal said that necessary measures would be taken in this regard as his focus would be on a target-based approach.
Since the government has planned to become a middle-income country by 2021, Kamal, also the former parliamentary standing committee chairman on the Ministry of Finance, said there is a need for re-thinking on every component of the plans to address various limitations and physical constraints to materialize this vision.
“We’ll have to work hard so that we could become a middle-income country well before 2021,” he said adding that for this the planning, programming and the execution process would have to continue simultaneously to have better outcomes.
The minister said the government would focus on short- and mid-term perspectives as well as a long-term perspective to materialise the government’s aspiration for becoming a developed country by 2041.
About the execution of the huge ADP size in the current fiscal year (2013-14) in the wake of political unrest over the last few months over the 10th parliamentary polls, Mustafa Kamal, better known as Lotus Kamal, said since the government had to pass through a crisis period amid violent protests by the opposition, the private sector feels somewhat discouraged to invest.
Kamal said, the public sector has to come out in a bigger way to restore the confidence. In this regard, he said the government would prioritise while giving approval to those projects. The ADP size except the self-financed projects in the current fiscal is Tk 65,872 crore.
He also said, the projects that the government has committed would go on. “Once you’ve committed, those have to go on.” Laying emphasis on establishing good governance, Kamal, also the former president of Bangladesh Cricket Board (BCB), said the current government would have to ensure transparency, accountability in all sectors and curb corruption with an iron hand. “We’ll have to deliver results.”
Noting that despite various development activities in many fields carried out by the immediate-past AL-led grand alliance government, there has been a negative perception about Awami League to some extent. “We’ll have to come out from that perception.”
The Planning Minister also said the country is passing through a crisis period due to the political instability mostly attributed to the BNP-Jamaat-Shibir’s violence and their oppression on minorities for which tough measures are needed to protect the country. 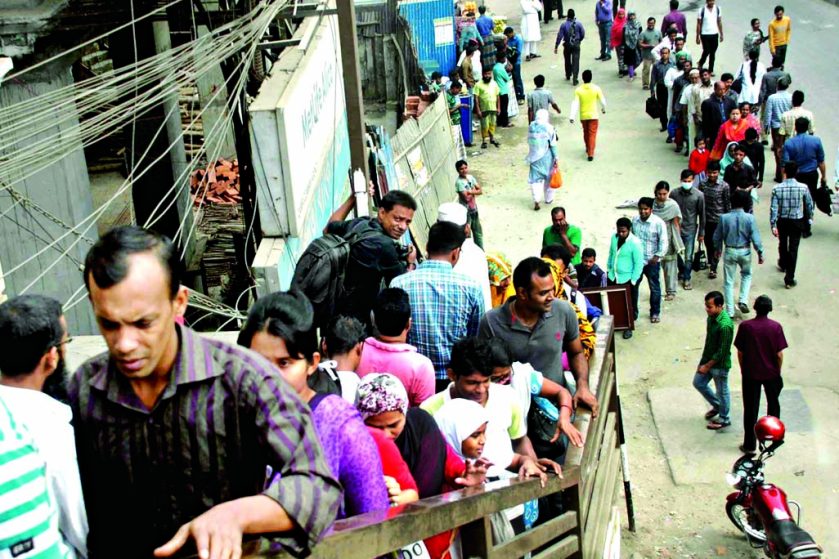 Muktijoddha Kalyan Trust assets to be sold out for corruption

Macron talks to Putin, calls for ceasefire in Ukraine