At least eight persons, including father and son, were killed and more than 150 others injured in post -election violence in the country on Monday.
In Dohar upazila under Dhaka, six people were killed and 20 others hurt in clashes between supporters of Awami League (AL) and Jatiya Party (JP) in Bilashpur union under the upazila in the morning. With Monday’s death the number of death reached 30 in two days (Sunday and Monday).
Reports of arson, vandalism and attack on minority communities were also reaching the city from different parts of the country following the 10th one- sided parliamentary polls.
The victims were identified as Aslam, (20), Musa Khandker (55), his son Masud Khandker (28) of Hazarbigha village and Makbul Munshi (40) of Rajarchar village. The identity of others could not be ascertained immediately.
The victims were beaten up and hacked to death, were supporters of Dhaka-1 constituency MP-elect and Jatiya Party leader Advocate Salma Islam.
JP candidate Salma Islam defeated her rival AL candidate former state minister for Housing and Public Works Abdul Mannan Khan in the 10th parliamentary elections on Sunday.
Kamrul Islam Miah, officer-in-charge of Dohar Police Station, said a clash broke out between AL-backed Ali Chakdar group and JP-supported Alauddin Mollah group around 9:30am over the polls results, leaving five people dead on the spot and 20 others injured.
Among the injured, Shajahan Khandakar, 56 and Aslam succumbed to their injuries at Mitford Hospital.
On information, police recovered the bodies.
Additional members of police and BGB and army have been deployed in the area after the clashes.
Deputy Commissioner Sheikh Yusuf Harun and Police Super of Dhaka district Md Habibur Rahman visited the spot. Meanwhile, in Noakhali, Mahfuz Alam, 24, an activist of Jubo League, who was injured in post-election violence, died at a private hospital on Monday morning.
He was injured when opposition men swooped on a victory procession of AL and Jubo League at Gazaria Bazar in the upazila at around 10pm on Sunday.
In Dinajpur, Md Asadullah, 18, an activist of Islami Chhatra Shibir, died at Dinajpur Medical College Hospital on Monday.
Law enforcers beat up Asadullah following a clash with AL men at a polling centre in Birganj upazila of Dinajpur Sunday afternoon.
In Satkhira, activists of Jaamat-Shibir attacked motorcade of newly-elected Member of Parliament (MP) Advocate Mustafa Luffullah on Monday noon, leaving 10 injured.
Jaamat-Shibir men put up barricade on the road and blasted crude bombs targeting the motorcade of Luffullah while visiting Jogokhali Union of Kalaroa upazilla about 1.15pm.
The clash has taken place from previous enmity, police says
In another incident, at least 50 people were injured in clashes between AL and JP supporters in Baniachang upazila, Habiganj on Monday morning.
The clash originated from an altercation between AL activist Aliur Rahman and JP agent Liton Mia over Sunday’s elections, witnesses said.
The clashes lasted for about an hour. Of the injured 20 people were taken to Habiganj Sadar Hospital. A tense situation was prevailing in the area.
Habiganj police Superintendent Nazmul Islam said the clash took place following of previous enmity. Forces have been deployed in the area.
A group of supporters of rebel AL candidate Mokbul Hossain of Meherpur on Monday attacked the house and office of AL general secretary Abdul Khaleque and also set on fire to about a dozen of motor cycles on Monday afternoon. Mokbul Hossain won the Sunday’s election as an independent candidate. Several persons of both sides were injured in the incident.
Mokbul Hossain, Upazila Chairman Shafiqul Alam and Gangni municipal mayor Ahmed Ali were taken to the office of the Upazila Nirbahi Officer by members of law enforcing agencies for interrogation in this connection.
Meanwhile, some unidentified miscreants attacked the houses and shops of Hindus in Jessore and Dinajpur for casting vote in the 10th national elections.
The criminals had entered Maloparha and ransacked 150 houses damaging furniture and also looted valuables at around 7pm on Sunday, witnesses said.
After the incident, the panic-stricken residents left the village.
Firefighters rushed to the spot and doused the flame immediately.
Jessore Assistant Superintendent of Police (Sadar) Reshma Sharmin said activists of Jamaat-e-Islami, an ally of opposition BNP, had carried out the attack at a time when the administration was busy with counting of votes.
Police will file a case, the ASP said.
The affected families were given 200 blankets.
Ranjit Roy, who was elected MP in Sunday’s polls, alleged the Jamaat activists had carried out the attack at the instigation of his opponent Sheikh Abdul Wahab.
Wahab was not available for his comments.
Our Dinajpur correspondent said, about 100 Hindu dwellings and shops were vandalised and set on fire in Kornai village of Chehelgazi Union of Sadar Upazila.
The affected families have taken shelter at the house of a local social worker Rezaul Karim.
BNP and Jamaat activists were held responsible for the attacks, alleged some victims.
Despite bringing the matter to the notice of the administration the affected persons did not get any prompt response, it is alleged. Kotwali Police Station OC Altaf Hossain said they were busy in election duty.
He said action would be taken against those responsible.
District BNP General Secretary Mukut Chowdhury refuted allegation against his party. 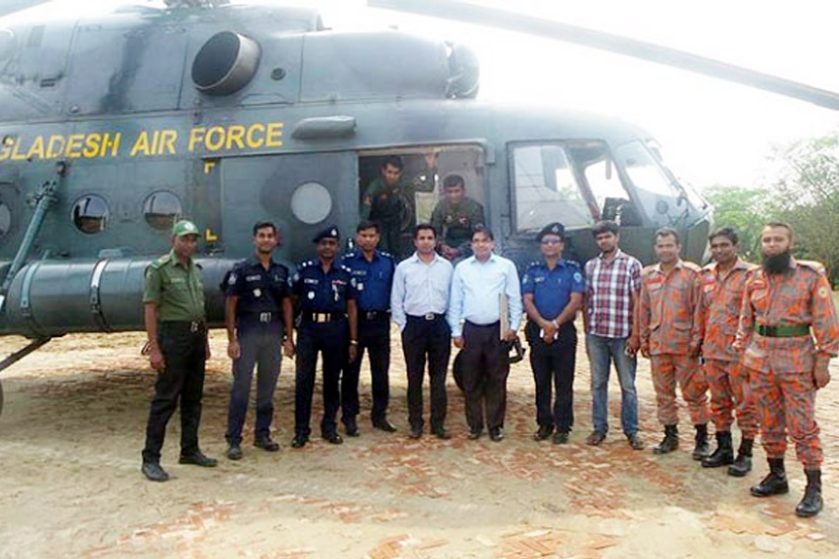 Disqualification of PM Sharif : The message is really powerful

Dhoni wants to be tested in typical English conditions