Allegations of large-scale financial corruption, abuse of power and political affiliation have been raised by some Tabligh men against top brass of ahle surah [managing council] of Tabligh Jamaat- Bangladesh.
“A group led by Washiful Islam [no -1 member of ahle surah] has misappropriated about Tk 200 crore which was collected from different local and foreign sources in the name of Tabligh and construction of Kakrail mosque [headquarters of Tabligh Jamaat],” said Ayub Shibli at a press conference held at Dhaka Reporters Unity on Sunday.
“In Tabligh, the devotees perform duties under the bindings of ‘mashwara’ [consultation] and transparency where everybody gets the right to speak on any matter. There is also no scope of applying force…But the senior men have violated all the four basic rules of Tabligh,” he also alleged.
He said: “Osama and Minu Islam [Wife and son of Washiful Islam] are involved in ‘extortion’ from followers at home and abroad. Not only that he [Washiful] also frequently writes on politics in different newspapers and social media including facebook and twitter violating the organizational norms…. We want to keep Tabligh Jamaat above all politics and corruption.”
Several Tablighi Jamaat men, including Mamunur Rashid and Zakaria Mehedi Hassan were present at the press beefing where they distributed documents and paper cutting in support of the allegations.
They also said Wasif-Osama group and Zobaier-Hamjala group have conducted attacks on them when they raised questions about the unethical activities. Mohammad Zobaier is the second man of 12-member ahle surah.
However, Washiful Islam categorically denied all allegations against him and said that a vested quarter is trying to tarnish his reputation.
Meanwhile, the three-day ‘Bishwa Ijtema’ [global gathering] is going to begin at Tongi, north of Dhaka, on Friday. After the Hajj, it is the biggest worldwide Islamic gathering under the guise of Tabligh Jamaat.
Tabligh Jamaat usually maintains a non-affiliating stature in politics and fiqh. In recent years over three million Muslims from over 80 countries made their way to Bangladesh for this annual event.
A 12-member ahle surah leads the Bangladesh chapter of Tablighi Jamaat. Of them, six men take decision with the consultation of other six. 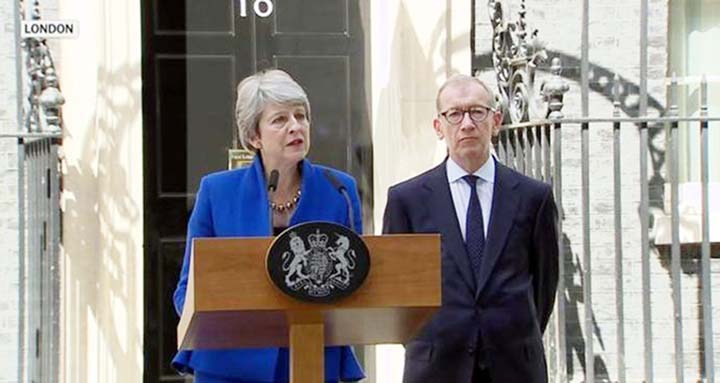