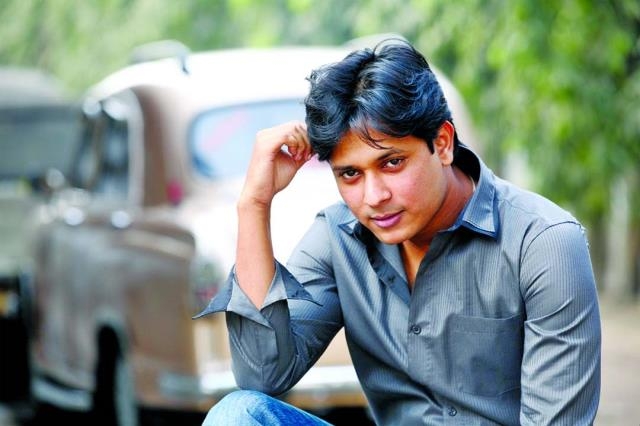 Entertainment Report :
Debottom Majumder is a popular TV actor in Kolkata. He got huge popularity to perform in role of Sona in recently finished mega serial of Zee Bangla, Keya Patar Nouka.
After ending this serial, Debottom acted another serial titled Jol Nupur is being aired on Star Jalsa now. In this serial, Debottom is acting in the central role of Judo. Within very short day, TV viewers of Bangladesh like to watch the serial Jol Nupur. Specially among the female TV watchers the serial Jol Nupur has not became popular but also the role Judo got a positive acceptance among them.
While contacting with Debottom Majumder over telephone yesterday he told this correspondent, “It is really pleasant for me that viewers of Bangladesh are watching the serial Jol Nupur now and they are liking my performance in the serial. I am really grateful to the Bangladeshi viewers.”
The script of Jol Nupur was written by Lina Gongyopaddhyay and the serial is being directed by Diganta Sinha. Priya Pal is performing against Debottom in the serial, Debottom said.
Already viewers are starting to like to watch the acting of Debottom and Priya in serial Jol Nupur.
It may be mentioned that in serial Keya Patar Nouka, Ipshita Mukherjee performed against Debottom Majumder.

Staff Reporter :The High Court (HC) on Wednesday deferred till July 8 the hearing on a petition filed by BNP Chairperson Khaleda Zia seeking stay on the trial proceedings against her in an arson case filed under the Special Powers Act in Cumilla in 2015.The bench of Justice A K M Asaduzzaman and Justice S M Mozibur Rahman was scheduledtoday to hear the petition yesterday. But the judges fixed July 8 for hearing the petition after Attorney General Mahbubey Alam...
July 5, 2018