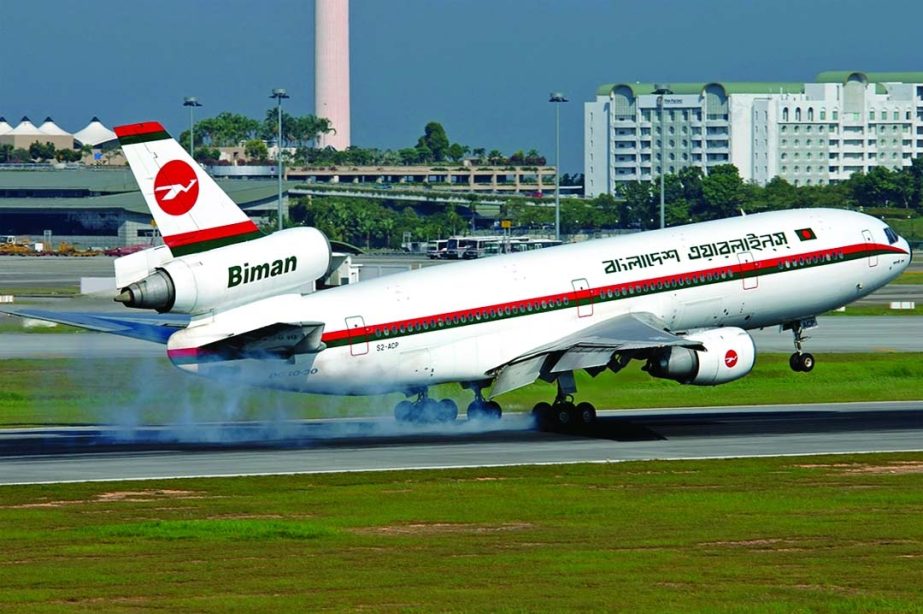 bdnews24.com :The 30-year-old aircraft, which is now part of the fleet of Biman Bangladesh Airlines, will find its final resting place at the museum of Boeing, the Chicago-based aircraft manufacturer.A Biman media release said the aircraft will be boarded for the last time to Dhaka-Kuwait-Birmingham route.Aviation enthusiasts from all over the world will get the opportunity in flying this vintage machine and on Feb 22, 23, 24, Biman will operate three scenic tours every day in the skies of in and around Birmingham.Every scenic tour flight will make rooms for 144 flyers (Window 72, Aisle 72 ).The aircraft, after its last flight on the afternoon of Feb 24, will then get prepped for its delivery to the museum.Passengers can book there air tickets online via Biman website www.biman-airlines.com.”Tickets will only be sold via our website, so do not buy tickets elsewhere, we want these tickets to go to genuine aviation enthusiasts ,” said Kevin Steel, the Managing Director and the CEO of BimanNo airlines currently use DC-10 aircrafts manufactured by McDonnell Douglas. The company made its last DC-10 aircraft in 1988.According to the information of the PR department of the Biman, the airlines first included a DC-10 aircraft to its fleet on Jan 7, 1989 and christened it as ‘Nabajug’.Two days later, the Biman operated its first flight with the aircraft.A Biman official, on the condition of anonymity, said Biman had entered into an agreement with Boeing during the tenure of the last caretaker government to procure 10 aircraft.During the inking of that deal Boeing had asked for the DC-10 aircraft for its museum.The official said the longevity of the DC-10 is much more than the Boeing and so it was keen on doing a research on the aircraft.The Boeing’s “Museum of flights” in Washington was set up in 1965. At present it displays more than 150 aircraft. On an average, the museum register records 400,000 footfalls.

Staff Reporter :Election Commission has claimed that the Gazipur City Corporation election was held in a free, fair and credible manner.Election Commission Secretary Helal Uddin Ahmed said it while addressing a post-polls press conference at the Commission office in Dhaka yesterday evening.”Free and fair election was held in a festive mode although voting in nine centres out of total 425 was suspended based on allegation of irregularities,” he said adding that except the nine centres, no irregularities took place in...
June 27, 2018