Barisal Corresapondent :
Building construction workers holding a rally on Monday in the city demanded hard enforcement of building construction code with complete insurance and opening separate wing for speedy rescue and salvage operation management in building collapse incidents.
They pressed six-point demands for immediate enlistment and issuing identity cards, separate pay commission,, health and accident and insurance, round the year permanent employment or unemployment allowance, free health and education facilities for their children, residential accommodation for floating workers, price control of essentials items and implementation of rationing system.
The programme was held on occasion of the 23rd anniversary and annual conference of Barisal city and district units of Imarat Nirman Sramik Union (INSU/ building construction workers union) at Barisal Aswani Kumar Hall.
It was presided over by M A Jalil, president Barisal district INSU and addressed among others by A K Azad, central committee member and district secretary Bangladesh Trade Union Kendra,, Rustam Ali, divisional president, Alauddin Mia, district secretary, Shamsul Huq Khan, Shahin Khan, and other leaders of INSU.
Without construction no development work could be implemented. But reports of the accidents of construction workers at different sites often went without any compensation and rehabilitation grants, the speakers said.
It’s proving that human lives of the construction workers have no values before the government, policy and lawmakers and enforcers, investors and contractors, the construction workers agitatedly told.
There is no full list of workers dead, injured, missing in accidents at construction sites and none following the instruction of High Court for paying Tk. 10 lakhs per head for dead victim of construction work, they added.
In this situation we demanding immediate implementation of the charter announced by International Labour Organization and accepted by Bangladesh government and hard enforcement of labour act and building construction code with complete insurance and victim’s support and rehabilitation facilities for the construction workers.

A full pledged modernized well equipped separate wing for rescue and recovery operations to face such kind of accidents also be a wing of disaster management ministry and must be a part of construction companies and contractors, they called. 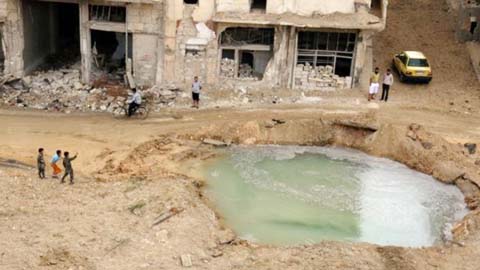