NEWS reports in the national dailies yesterday attributed a fall in the moral standards and acceptability of the civil society leaders as some of the reasons for the present political crisis. This is because there is hardly anyone now who can either speak the plain truth or get politicians to pay respect to them. In fact, the role of the civil society is highly controversial at the moment, the report said citing some eminent citizens . They have laid emphasis on the role of civil society leaders as very important in efforts to ensure good governance and rights of the citizens. This is more so now at a time when politicians have turned critically intolerant and are pushing the nation towards civil strife. But as things stand now, our civil society leaders are rather more loyal to the two major political parties instead of having the moral courage to criticize their politics. This has in turn created a vacuum and the need of a third force to bring pressure on both the camps to resolve political crisis and save the nation from bloody violence. Nowhere democracy work without the members of civil society because of their own independent status play a strong role on behalf of the silent majority of the people. The failure of our civil society lies in the fact that they themselves fall into the trap of politicisation and became divided on the basis of party loyalty for personal gains.The mistake the professional ones like lawyers, journalists and teachers were enticed by availability of state benefits.The opportunism among the professional ones is responsible for losing their voice in critical matters.We have to say that the educated ones deserve to be blamed for failing the nation in achieving good governance. In the process they also degraded themselves.It is thus a pity that when six elderly civil society leaders met President Abdul Hamid prior to the election to seek his intervention to end the political stalemate, they were severely criticized by the ruling party men instead of showing respect to their views. On December 28 again when a group of civil society leaders issued a call to halt the January 5 election to arrive at a consensus, they were dubbed as political agents. So the inexperienced political leaders also did not care to pay any attention to the members of civil society. The political leaders found them too obliging and to easily saleable. But the nation has suffered and is now facing an uncertain future in the attempt to destroy democratic accountability altogether. We urge the civil society to get united and protest against all forms of politicisation of the society to protect the nation from falling into further chaos. 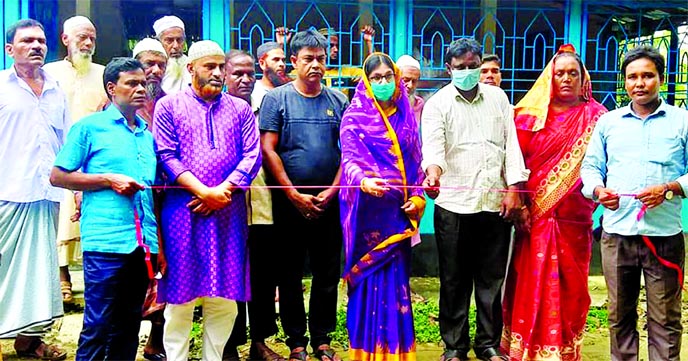