AFP, London :
Oil prices endured a roller- coaster week, with an upbeat economic growth forecast for the world economy giving way to concerns over Chinese output.
Commodity markets traders balanced the IMF’s global growth forecast upgrades against news that manufacturing activity in key commodity consumer China shrank in January for the first time in six months.
“Business surveys … suggest that the eurozone recovery gained momentum in January, while China’s manufacturing slowdown has continued,” noted analysts at consultancy Capital Economics.
OIL: New York prices on Thursday jumped to $97.84 a barrel, the highest level since January 2, helped in part by a sliding dollar that can make commodities priced in the US unit cheaper for buyers holding rival currencies.
Crude futures though dropped on Friday, mirroring sentiment across equity markets, with traders banking recent profits amid strains across emerging markets including China and Turkey, analysts said.
“The strong rebound of the WTI oil contract has been a result of the weaker US dollar that provided strong support to the market,” said analyst Myrto Sokou at Sucden brokers.
The oil market won support this week also on upgrades to economic growth forecasts from the International Monetary Fund, and crude demand growth predictions from the International Energy Agency.
The IMF lifted its estimate for world economic growth on Tuesday by 0.1 percentage point to 3.7 percent for 2014, hiking its global forecast for the first time in two years.
The optimistic outlook was fuelled by solid growth in the United States as other countries also move away from austerity budgets.
In a further boost, the International Energy Agency (IEA) also hiked its prediction of global oil demand, which is dependent on the strength of the world economy.
And on Thursday, the dollar sank against the euro as Markit Economics said its Eurozone Composite Purchasing Managers Index (PMI) for January rose to 53.2 points from 52.1 in December.
That was the seventh monthly increase running and the fastest rate of growth since June 2011. A number above 50 denotes expansion.
The US government’s Energy Information Administration meanwhile revealed that American oil reserves rose last week in line with market expectations. 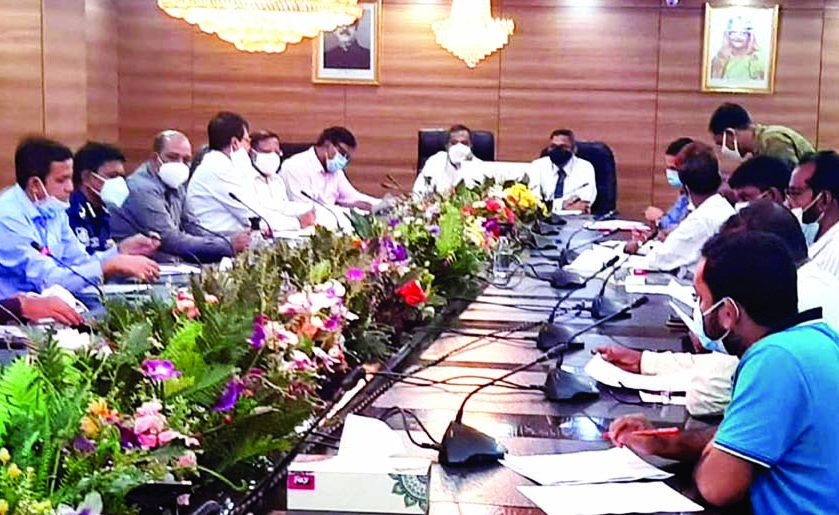 BIWTA Chairman Commodore Golam Sadek speaks at a meeting of officials of different agencies of the ministry about demands of Water Transport Employees Federation at BIWTA Bhaban in the city’s Motijheel on Saturday.

Singapore crack down on illegal bets during World Cup