admin
UNB, Dhaka :
Though the party boycotted the January 5 national election, BNP is going to participate in the upazila polls in a bid to invigorate its frustrated grassroots-level leaders and activists, and establish its influence on local politics.
Buoyed by their successes in the five city polls held last year and people’s “low response” to the January 5 election, the party high-ups believe that they have the strong possibility to win polls in most local bodies if there is no election engineering.
Many BNP leaders, meanwhile, have bought nomination papers following the directives of the party high-command and some of them already
was their problem in the general election,” Amu said. “Why they killed innocent people in the name of election boycott?
They’ll have to answer for this.” He said that all will have to participate in the elections accepting the leadership of Prime Minister Sheikh Hasina.
State Minister for Home Affairs Asaduzzman Khan Kamal and IDEB general secretary M Shamsur Rahman also spoke at the programme, chaired by IDEB president AKMA Hamid. 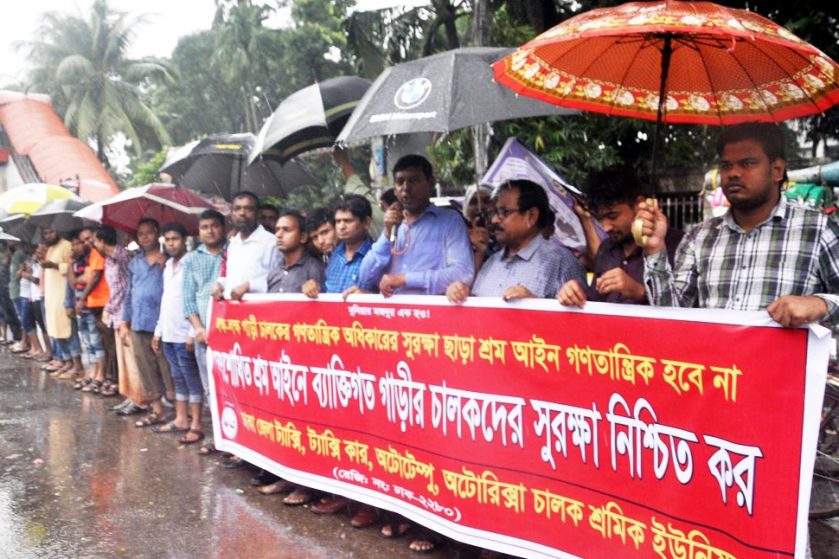 Different organisations including Dhaka Zilla Taxi Drivers Association formed a human chain in front of the Jatiya Press Club on Friday with a call to ensure facilities of private car drivers in the amended labour law.

UP chairman hacked to death in Narail