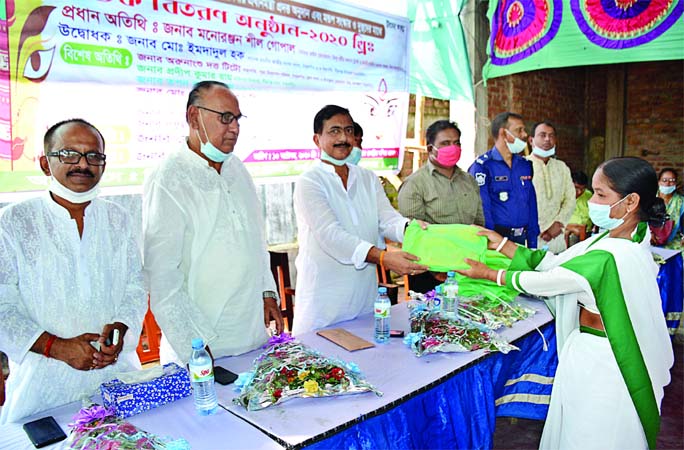 Monoranjan Shil, MP, hands over gifts the teachers on the occasion of Durga Puja ceremony held at the Peerganj College Bazar temple premises on Tuesday.

President of Bangladesh Mahila Parishad Ayesha Khanom speaking at a press conference at the National Press Club on Monday in observance of World Human Rights Day.