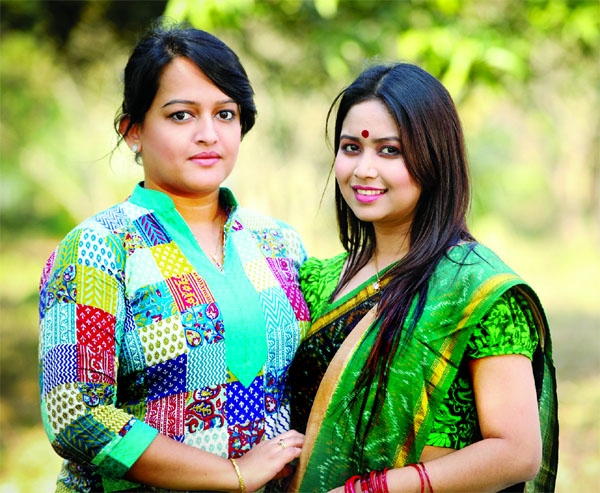 Entertainment Report :Popular TV actress Rumana Rashid Ishita gave direction of a TV play titled Ek Nijhum Aronnye, which script was also written by herself, in 2005. Ishita’s direction was highly appreciated to all. Till now she has already given direction of 11 plays where stories of 10 plays were written by Ishita herself.Ishita has finished direction of her directed 11th play titled NilSondhya at Pubail in Gazipur on Saturday. For the first time, promising TV actress and model Bhabna has performed under the direction of Ishita in this play. Bhabna acted in role of Sondhya in the play. While talking about the main theme of the story of the play NilSondhya Ishita told this correspondent, “Every person has a special quality. If that person can’t become tensed about what s/he got in life and to concentrate his/her work with utilizing that special quality, at one stage s/he can reach into a position in life.”While talking about Bhabna Ishita said, “It was my first work to cast Bhabna. I am cent percent satisfied with her performance. Many persons complain that performers do not come to shooting spot timely. But in case of Bhabna, I found that she was very regular and sincere. She cans also acting well. I am really impressed with Bhabna’s behaviour.”While sharing her feelings Bhabna told this correspondent, “I really became impressed that Ishita apu gave me inspiration after taking part in any sequence successfully. In fact, she is very sweet director. I think Ishita apu is an actress. For this reason, she knows how to ensure better acting from an actress. She understands it clearly.”It may be mentioned that Sajal and Irfan Sajjad also performed with Bhabna in the play Nil Sondhya. This play will go on air on Channel i on the upcoming Valentine’s Day. However, in the last year’s Valentine’s Day, Ishita made a play titled Bhalobashai Bancho, which story was written by Anisul Haque. On the other hand, Bhabna has already finished work of faction play titled Hotobihbol under the direction of Animesh Aich. Bhabna has no plan to work in any drama serial now, Bhabna said.

Barisal Correspondent :Barisal Metropolitan Police (BMP) detained a staff nurse for interrogation after huge medicine worth TK. 3 lakh was recovered from her custody at Sher-e-Bangla Medical College Hospital on Saturday afternoon. Md Asaduzzaman, Assistant Commissioner of BMP in charge of Kotwali Police Station, said BMP raided female medicine ward of the hospital and after recovering huge medicine dtained Bilkis Begum, a senior staff nurse in charge of the ward.SBMCH authority started operation with help of the Kotwali police station...
May 15, 2017