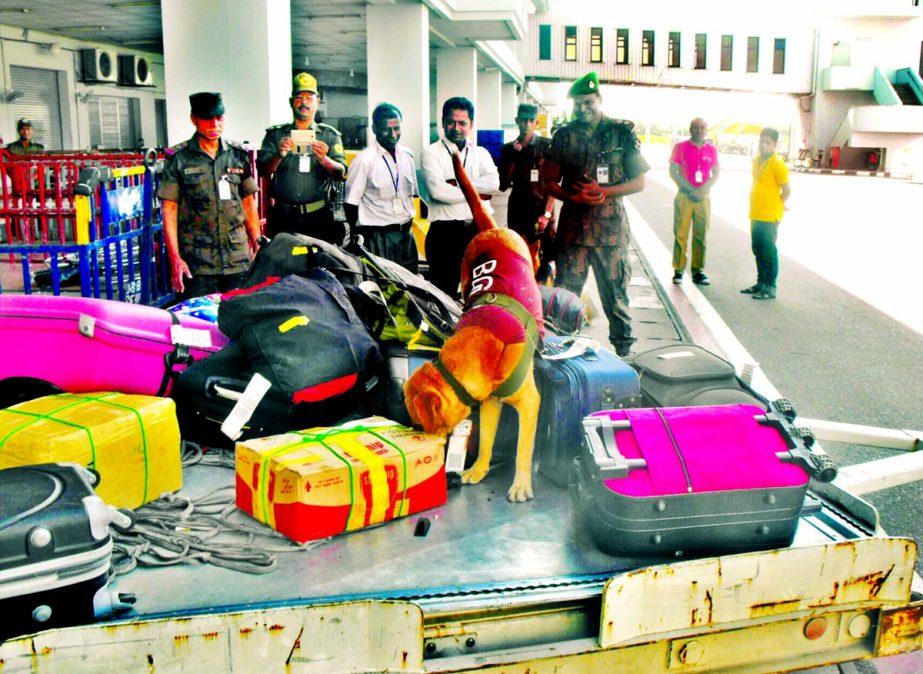 BGB Dog Squad being deployed at Chittagong and Sylhet airports to detect drugs or explosives as security beefed up from Tuesday.

Staff Reporter :The members of Para-military Border Guard Bangladesh [BGB] started patrolling the Shah Amanat International Airport in Chittagong and the Osmani International Airport in Sylhet with dog squads from Tuesday, as part of special security measures.According to BGB Headquarters, the BGB personnel will be on duty in both the airports until further order. The BGB dog squads are specially trained for tracking narcotics and explosives. The dog squads will conduct the security mission in touch with airport authorities, said a handout issued by BGB Headquarters yesterday. Director Operations of BGB South East Zone Lieutenant Colonel ARM Nasir Uddin Ekram said, “The three teams of BGB with dog squads deployed in Chittagong airport at 1:00pm will remain ready to meet the emergencies until further order.””Two dog squads comprising three teams will be used in guarding the airport [Chittagong] area. The BGB personnel checked the airport area at noon using two dog squads,” he said.Chittagong Airport Manager Wing Commander Riajul Kabir said the decision has been taken keeping country’s overall situation in mind. Elaborating the measure, Commanding Officer of 28 BGB Battalion Lt Col Emarat Hossain said, the BGB members have been deployed at the Shah Amanat Airport from Tuesday at the direction of Ministry of Home Affairs. “It is a precautionary measure, nothing else,” he said when asked about the reason behind the deployment of dog squads. Earlier on October 26, the authorities of Shah Amanat International Airport stopped its visitor’s gallery as a part of the overall security measures.”Security has been stepped up through Chittagong city and its key points. The measure has been taken in consideration of the overall situation of the country. Law enforcers have been told to remain ready to meet the emergencies,” Abdul Jalil Mondal, Commissioner of Chittagong Metropolitan Police (CMP) had said.On the other hand, the BGB personnel checked in Osmani International Airport in Sylhet yesterday evening with two dog squads.Earlier on October 26, security was beefed up at the Hazrat Shahjalal International Airport in Dhaka as extra precautionary measures. “We had stepped up security from the Tuesday night. We received information from the detectives,” Airport Director Captain MK Zakir Hassan said.Meanwhile, the authorities increased security measures in Kashimpur High Security Prison on Tuesday fearing possible terror attack. A combined force comprising the members of RAB, police, intelligence agents and Jail guards, are now patrolling the prison area round-the-clock. “We have got information about possible attack of terrorists in different key-point-installations. So, the security measures have been taken to protect the important establishments, including prisons,” Special Company Commander of RAB-1 Mahiul Islam said. 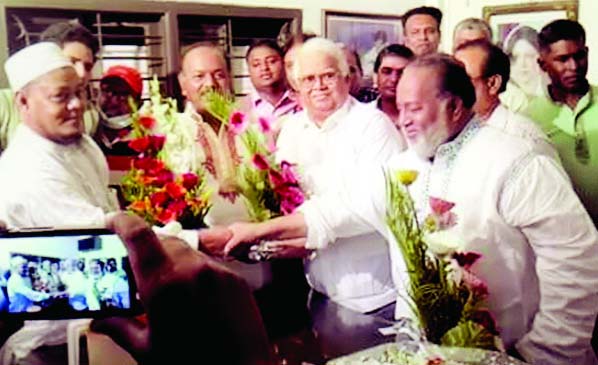 District watch in pictures: DOHAR (SAVAR): Prof M A Hannan Khan, Chairman candidate from Awami League is being greeted by politician and Industrialist Salman F. Rahman, former minister Barrister Nazmul Huda and other politicians at a ceremony at Moksedpur Union on Saturday.

Involvement of Rohingyas in polls feared