Camps Report :
The ErFinder Team of Bangladesh University of Engineering Technology (BUET) has ranked third or second runners up in the International Robotics Challenge (IRC) held in Mumbai, India. But there is one of Dhaka University student in that team.
Indian Institute of Technology (IIT) in Mumbai organises the competition as a part of annual science and technology program ‘Techfest’ from 3 – 5 January’ 2014. 18 teams from 10 countries took part in the competition. BUET team received prizes of Rs. 20,000 and certificate as the second runners up.
The team members are: student of Electrical and Electronic Engineering Department of BUET Sheikh Tanveer Ahmed, Syed Imam Hasan and Anik Chowdhury, student of Department of Naval Architecture Sadman Shakib and student of Faculty of Fine Arts of Dhaka University Mohammad Ashrafuzaman.
After being selected from Bangladesh we wanted to make a good competition, said the team leader Sheikh Tanveer Ahmed. We’ve tried our best. University of Moratuwa-1 team is the champion of the competition and SLIIT team from same country become runners up. Bangladesh is taking part in the competition from last year. Another three teams from Bangladesh also took part in this year’s competition.
Among them, BUET Falcons seventh, BUET Kryptonite eighth and BUET Rex achieved ninth place. Bangladesh, India, Egypt, France, Nepal, Russia, South Africa, Sweden and Sri Lanka participated in this year’s competition. 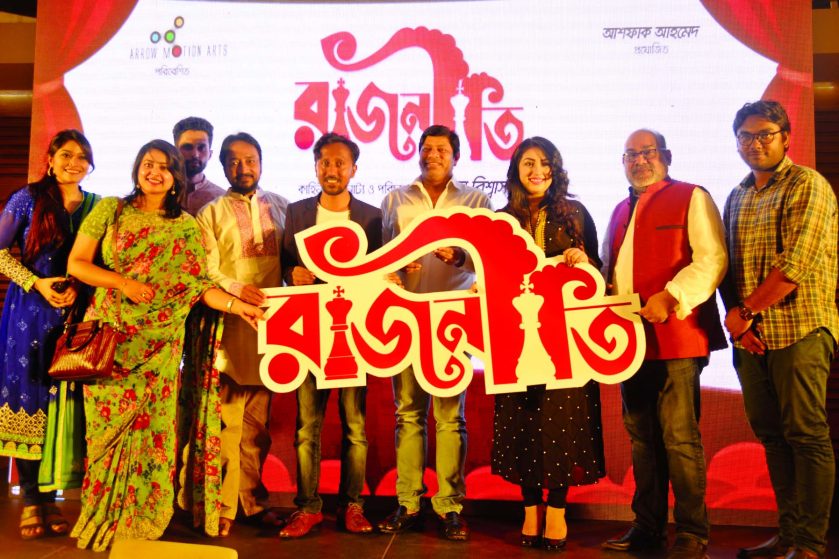 Meet the Press of Shakib Khan and Apu Biswas acted upcoming Eid movie `Rajneeti` directed by Bulbul Biswas was held on Wednesday night at Dhaka Club. Actors, performers and related persons of the movie were present in the programme.

Mexico and Dutch fans soak up the atmosphere prior to the 2014 FIFA World Cup Brazil Round of 16 match between Netherlands and Mexico at Estadio Castelao in Fortaleza, Brazil on Sunday.

BCB President’s Cup should be organised every year: Mahmud