Sagar Biswas :
The ruling party Awami League [AL] will soon reorganize its units from city to grassroots level to counter the anti-government movement of BNP and is allies.
The AL with the 14-party alliance partners and other like-minded parties will also make a coordinated move against the opposition movement when it is facing severe pressure from different quarters over January 5 election, insiders said.
Prime Minister Sheikh Hasina, who is also president of AL, has already asked the senior party leaders to devise a new strategy to gear up the party’s organizational activities at each and every tier from the coming month.
In this backdrop, the AL Central Working Committee [ALCWC], the highest decision making body of the party, will sit in a meeting at Ganobhaban today evening to be chaired by Sheikh Hasina. It will be the first meeting of ALCWC after winning a landslide victory in the 10th parliamentary elections.
A number of workers of grassroots level have left their houses in the wake
of massive attack by the BNP-Jamaat activists soon after the announcement of election schedule and most of them still did not return.
Party sources said, all the units of AL and its associate bodies will be reorganized with a view to activating the workers of grassroots. The organizational move will be taken to get the party workers ready to face the opposition’s movement in near future.
To gear up the party men, the senior party leaders will visit districts from the last week of current month and grand rallies will be organized there to communicate with the mass people highlighting the incumbent government’s achievements.
Besides, the AL has also planned to organize councils at 59 organizational districts and all upazilas across the country by next May. Seven committees will be formed to oversee the organizational works in the country’s seven divisions. These teams will also arrange workers’ meeting in each upazilas, the sources said.
Communication Minister Obaidul Quader has said that the activists of the party in city and grassroots level will be rejuvenated through an all-out reorganisation.
“We’ll identify the strength and weaknesses of the party in all phases, including the city units, and revive them through reorganization, ” said Obaidul Quader, who is also presidium member of AL.
Health Minister Mohammad Nasim, who is also presidium member of AL said: ” After election, the AL will give first priority to strengthen the grassroots as it will not be possible to face opposition parties with a weak organizational structure…. It will be impossible to come back to power if the party remains weak in the grassroots.” 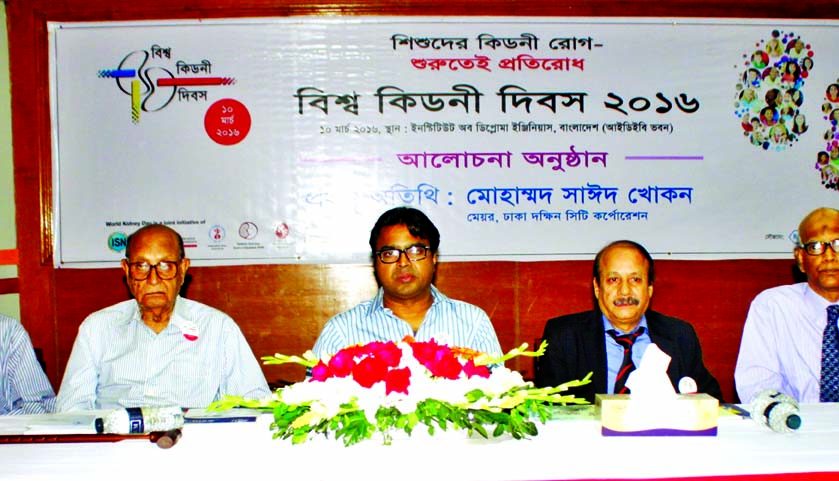 Dhaka South City Corporation Mayor Mohammad Sayeed Khokon, among others, at a discussion on World Kidney Day organized by Bangladesh Renal Association at the Institution of Diploma Engineers, Bangladesh in the city on Thursday.

Fire at Anarkali market at Mouchak