Staff Reporter :
At least seven people died and 50 others were injured in different districts of the country in lightning on Monday (September 5).
In Kishoreganj, at least three people, including a woman, died in three upazilas of Kishoreganj due to lightning strikes.
These three tragic incidents occurred on Monday afternoon.
The deceased are identified as Noor Nahar (45), wife of one Rafiqul Islam in Char Hajipur under Jinari union of Hossionpur upazila, Babul Mia (35), son of one Shukur Ali in Barshikura Dargabari under Badla union of Itna upazila and Dulal Mia (40), son of one Abu Taleb of Chanpur village of Dhala union of Tarail upazila.
According to police and local sources, Noor Nahar died on the spot after being struck by lightning while fetching goats from the agricultural land near the house during the rain.
Babul Mia died on the spot after being struck by lightning when he went fishing with a boat in Mandar Haor of Badla Union in Itna upazila.
On the other hand, Dulal Mia was struck by lightning while farming in Chanpur village of Tarail upazila on Monday evening.
Chairman of Jinari Union Parishad of Hossionpur Upazila Azharul Islam, Officer-in-Charge (OC) of Itna Police Station Kamrul Islam and Officer-in-Charge (OC) of Tarail Police Station Md. Rafiqul Islam have confirmed the matter to the media on Monday evening.
In Mymensingh: A farmer named Zakir Hossain (30) died due to lightning in Barillah village of Jahangirpur union of Nandail upazila of Mymensingh. He died on
the spot while working in the field in the rain around 11:30 am.
Manikganj: A woman named Anwara Begum (50) died due to lightning while cutting grass for cattle in an open field next to her house in Char Bailjuri village of Payla Union in Ghior Upazila of Manikganj. She is the wife of one Ichak Mia, a farmer of that village.
In Magura: A farmer named Moktar Hossain Molya (45) died due to lightning in Saruppur area of Binodpur Union of Mohammadpur Upazila of Magura around 1:15 PM.
He was the son of Rokman Molya of that village. The incident happened when he was returning home from the field during the raining.
In Pirojpur: A person named Mofazzel Howladar (75) died in the lightning struck while fetching water from the tubewell of the neighboring house on Monday noon. He was the son of one deceased Bande Ali Howladar of that village.
In Faridpur: A young man named Shafiqul Islam (27) was killed by lightning on his way home from agricultural work in Mathurapur area of Madhukhali upazila of Faridpur in the afternoon. He was the son of Torab Molla of Khoda Baspur village of the same upazila.
In Chuadanga: A youth identified as Saju Ahmed (22) died on the spot when he was struck by lightning while picking jute from the Bhairab river in Hatibhanga village of Damurhuda in the district. He was the son of one Kashem Ali of Vasutipara of that village.
In Jhenaidah: A farmer named Kurban Ali Molla (43) died on the spot while sitting on the balcony of his house in Hijli village of Kapashhatiya union of Harinakundu upazila of the district.
He was the son of one Maqbul Hossain Molla of that village. 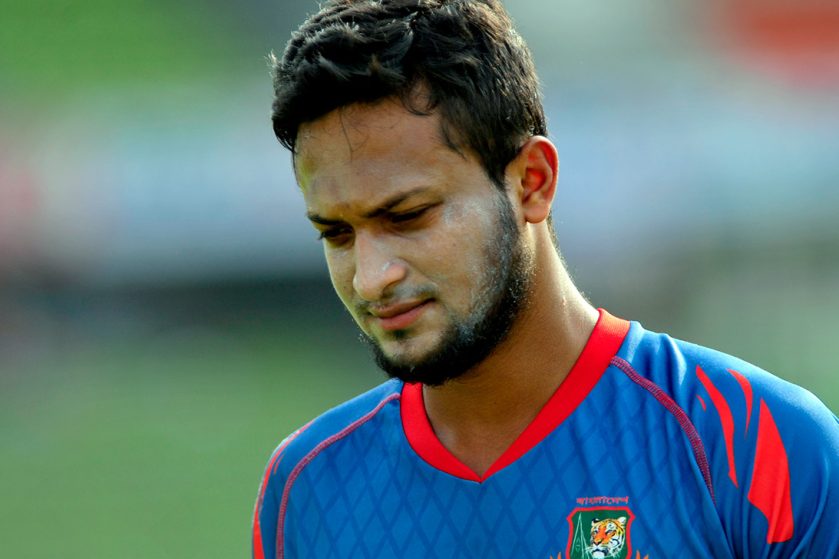 Engineer Taqsem A Khan, Managing Director of Dhaka WASA and Sam Parker, CEO of WSUP exchanging MoU after signing it recently on behalf of the respective organization at Dhaka WASA office.

British Royal family thanks those who celebrated wedding

21 May 2018, 12:00 am
Copyright © 2022 New Nation. All Rights Reserved
Start typing to see results or hit ESC to close
Headlines Featured
See all results