UNB, Dhaka :Law Minister Anisul Huq on Sunday said the trial of crimes against humanity will go on as it is his first priority.”The trial of war criminals will go on… this is my first priority,” he told reporters after making a courtesy call on Chief Justice M Muzammel Hossain.The Law Minister said the functions of the International Crimes Tribunal-1 are now almost stalled since its chairman Justice ATM Fazle Kabir has gone on regular retirement. “A quick measure in appointing ICT-1 chairman will be taken.”Referring to the trial of the crimes against humanityduring the Liberation War in 1971, Anisul Huq said: “I’ll take appropriate steps to quickly clear the burden of war crimes the country has been carrying on for 42 years.”Replying to a question, the Law Minister said the government will show ‘zero tolerance’ against corruption as declared by the Prime Minister. “There’ll be no interference in the functioning of the judiciary.”The Law Minister said he would basically work as a bridge between the executive and the judiciary.About the discussion with the Chief Justice that lasted for nearly 90 minutes, the Law Minister said, “My main agenda was how to reduce huge pending cases in the judiciary as people have long been the victim of logjam of cases. We’ve reached a decision that the logjam should be reduced.” 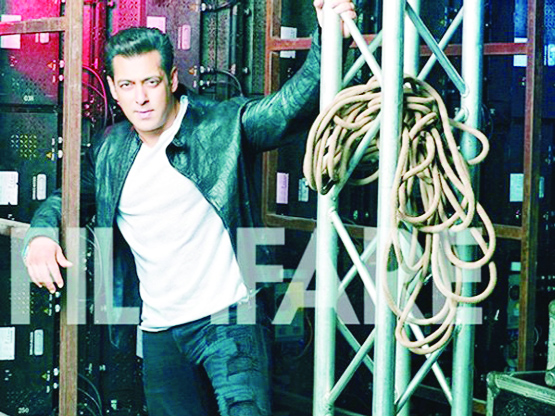 This is how Salman will be celebrating his 53rd birthday

DAMUDYA (Shariatpur): Md Parvez Hasan, DC, Shariatpur distributes the documents of houses among the landless families at Damudya Upazila on Thursday. Among others, Alamgir Hossain Maghi, Chairman, Upazila Parishad and Hasiba Khan, UNO were present there.