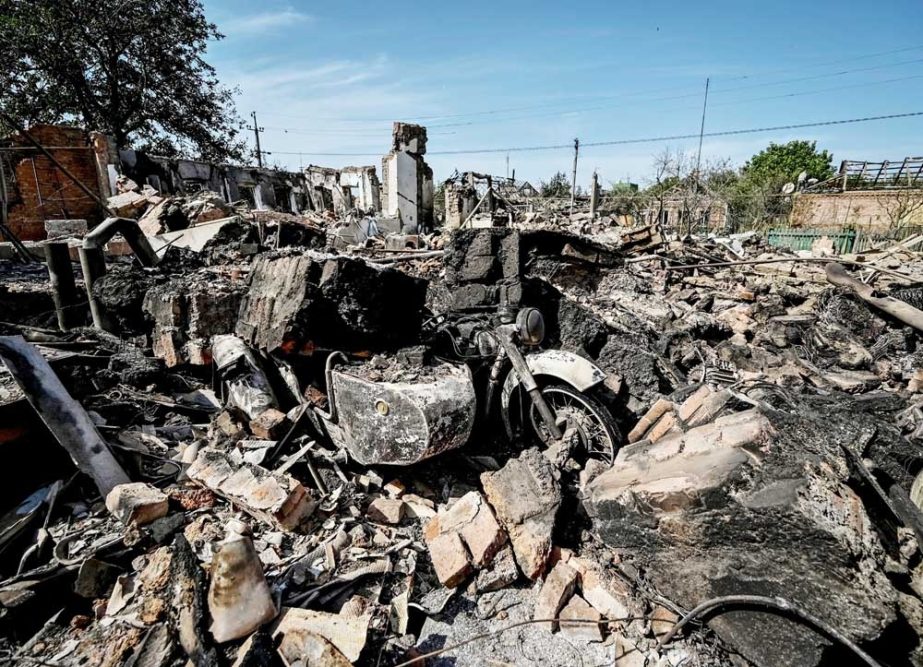 Reuters :
Russian artillery fired at Ukrainian towns across the river from the Zaporizhzhia nuclear power plant overnight, local officials said on Sunday, adding to residents’ anguish as reports of shelling around the plant fuelled fears of a radiation disaster.
Russia’s defence ministry said there was more Ukrainian shelling of the plant over the past 24 hours, just a day after Moscow and Kyiv traded accusations of targeting Europe’s biggest nuclear plant, which has prompted grave international concern.
Ukrainian nuclear company Energoatom said it had no new information about attacks on the plant.
Captured by Russian troops in March, but still run by Ukrainian staff, the complex on the southern front line of the war has been one of the major hotspots in the six-month conflict.
The US State Department said in a statement on Sunday that Moscow did not want to acknowledge the grave radiological risk at the Zaporizhzhia plant and had blocked a draft agreement on nuclear non-proliferation because it mentioned such risk.
Regional Governor Oleksandr Starukh said on Telegram on Sunday that Russian forces struck residential buildings in the region’s main city of Zaporizhzhia, about a two-hour drive from the plant, and the town of Orikhiv further east.
On Saturday, Starukh told Ukrainian television that residents were being taught how to use iodine in case of a radiation leak.
Ukraine’s military reported shelling of nine more towns in the area on the opposite side of the Dnipro river from the plant in its daily report, while the Russian RIA news agency quoted the Russian defence ministry as saying its air force struck a Motor Sich plant in the region where helicopters were repaired.
Russian authorities said they had downed a Ukrainian drone which planned to attack the nuclear-waste storage facility at the plant, according to RIA.
Reuters could not verify those reports.
Russian Defence Ministry spokesman Igor Konashenkov said nine shells fired by the Ukrainian artillery in two separate attacks landed on the nuclear plant’s grounds.
“At present, the full-time technical personnel are monitoring the technical condition of the nuclear plant and ensuring its operation. The radiation situation in the area of the nuclear power plant remains normal,” he said in a statement.
The United Nations and Kyiv have called for a withdrawal of military equipment and personnel from the plant to ensure it is not a target. 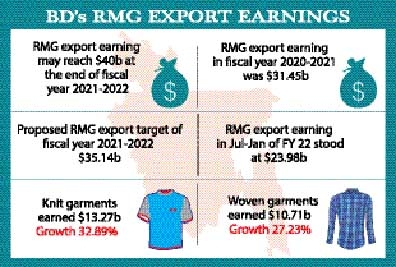 RMG export set to hit $40b this fiscal year

Muhammad Shams-ul Huda, Chairman of Jute Spinners Ltd, presiding over the 35th Annual General Meeting of the company at CIRDAP auditorium in the city on Saturday.

Md Jahirul Alam Jasim, Councilor was present as Chief Guest at a display of Firozshah Kindergarten School in the port city recently.