Al-jazeera.com :
Thousands of anti-government protesters have marched through the Thai capital, a prelude to a broader action next week when they say they will shut down Bangkok in their bid to scuttle a February election and topple Prime Minister Yingluck Shinawatra.
“We will keep walking, we won’t stop, We will walk until we win and we won’t give up.”
The protesters, who accuse Yingluck of being the puppet of her self-exiled brother and former premier, Thaksin Shinawatra, gathered on Sunday, vowing to stop the February 2 election.
They want an appointed “people’s council” to oversee reforms before any future vote.
The crisis, which dates back to November and brought the biggest crowds of protesters to the capital’s streets since 2010, has also hit the Thai economy.
It pits Yingluck and her brother and their support base among the rural poor in the populous north and northeast against protesters who draw support from Bangkok’s conservative, royalist elite and middle classes and the south.
Protest leader Suthep Thaugsuban, a fiery former deputy premier from the main opposition Democrat Party, said two more marches would be held on Tuesday and Thursday leading up the January. 13 “shutdown”.
“We will keep walking, we won’t stop,” Suthep said on the march. “We will walk until we win and we won’t give up.”
Sunday’s march began at Bangkok’s Democracy Monument, where some supporters had gathered overnight. Suthep said the protesters would set up stages at five rallying points through the city leading up to January 13.
They plan to shut down government offices in an attempt to force Yingluck’s administration to a standstill, in what may be the biggest confrontation since November.
Yingluck has steadfastly refused to bow to the protesters’ demands and is determined that the election, which her Puea Thai Party is almost certain to win, will go ahead.
The government has vowed to roll out some 20,000 police and 20 companies of troops to maintain order during the protests. 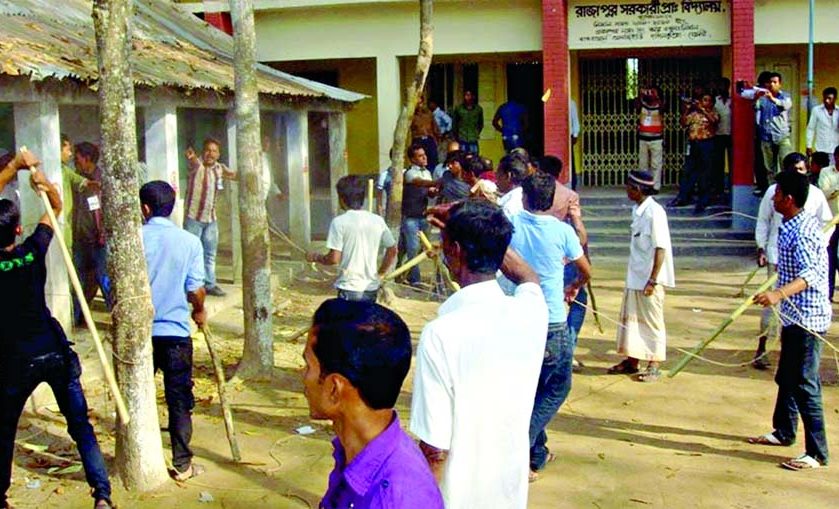 Experts to govt: Focus both on saving lives, livelihoods

Liberation War Affairs Minister AKM Mozammel Haq along with other distinguished guests holds the music album on Bangabandhu at its cover unwrapping ceremony organized by Minarvo Tele-Talkis at Dhaka Reporters Unity on Thursday.