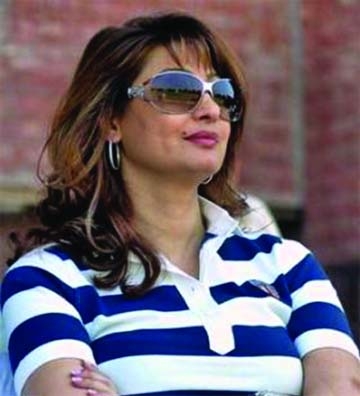 TNN, New Delhi :
The forensic report of Sunanda Pushkar has revealed that her death was caused by drug poisoning. Doctors say that this means that Sunanda did not die because of an inadvertent drug overdose but by deliberate administration of drugs aimed to end life. Whether this was suicidal or homicidal, the doctors are unable to say, adding that was for the police to establish.
Sources at the All India Institute of Medical Sciences (AIIMS), where the post-mortem was conducted on Saturday, said the forensic findings have been submitted in a sealed envelope to the sub-divisional magistrate (SDM) who is holding the inquest proceedings under the provisions of the Criminal Procedural Code.
The forensic report gives a new turn to the investigations into the death. Police officials said the report will now require them to review all the video footages of the hotel lobby and check who all went to her room, including the hotel staff.
Alok Sharma, the SDM who is holding the inquest proceedings, refused to disclose the details of the report. He said he would examine it along with the statements of various people, including that of Tharoor and Sunanda’s brother as well as other evidence.

Economic Reporter :Biman’s two more brand new Boeing 787-9, known as Dreamliner, will arrive here on Saturday and Tuesday.Prime Minister Sheikh Hasina, who named these Dreamliners as “Sonar-tori and Achin-pakhi” is expected to inaugurate the new aircraft along with Biman’s mobile App on December 28, a Biman press release said on Thursday.With these two aircraft, the national flag carrier’s fleet number will raise to 18.Sonar-tori and Achin-pakhi, flying from Boeing factory Seattle, USA, are scheduled to land at Hazrat Shahjalah...
December 20, 2019

Gonoforum President Dr Kamal Hosain, among others, at a press conference on ‘ Citizens’ Dialogue on National Fundamental Issue’ organised by Jatiya Oikya Prokriya at the Jatiya Press Club on Saturday.