Ratna buys nomination paper for reserved seat in the Parliament 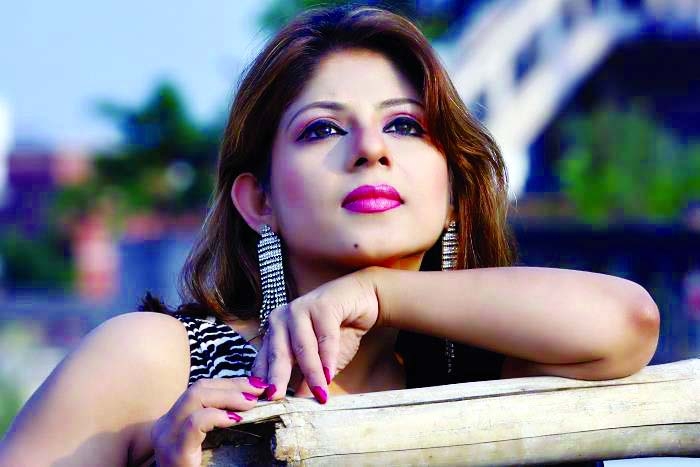 Entertainment Report :To be a member of the reserved seat in the 10th National Parliament Election, popular film actress Ratna Kabir bought a nomination paper from Awami League office on Wednesday. She has decided to submit the nomination paper either today or tomorrow.Ratna has been engaged with acting in film industry when she was a student of school. Though she yet not get any National Film Award, but her performance in movies were attracted to most of the film-viewers. Ratna impressed the film audience by her first movie titled Keno Bhalobashlam. Ferdous performed against her in the movie. In the era of obscene in the country’s film industry, she was one of the protestors. While talking about to want to get nomination in the reserved seat in the Parliament Ratna Kabir told this correspondent, “I am a daughter of a freedom fighter. I always think about my country. During my childhood life I had aim to work for the welfare of the country. For this reason, I completed master degree from Social Welfare from the University of Dhaka. I believe in the ideology of Bangabandhu. I always want to work for the people.”It may be mentioned that Ratna Kabir’s father MH Kabir was familiar as freedom fighter Mannan Kabir in Dohar of Nawabganj. Once her mother Hosna Kabir was engaged with journalism. Ratna has already finished work of Shahin directed horror movie Sedin Brishti Chhilo. This popular heroine is also studying law at Bangladesh Capital Law College, Ratna said. n

Staff Reporter :An 11-year-old girl was allegedly raped by two miscreants in the city’s Bhatara area on Saturday night. The victim is a student of class V of a local school.The girl has been admitted to One-stop Crisis Center (OCC) of Dhaka Medical College and Hospital (DMCH), said Bilkis Begum, Coordinator of OCC said. “We will be sure about the incident after getting the forensic report,” the Coordinator said.The alleged rapists are Shahin, 25, and Nazmul, 27. The both came from ruling...
October 31, 2016

When homes are making us sick: Energy efficiency is part of the cure

Inspector General of Police AKM Shahidul Haque, among others, at a prize giving ceremony of a debate competition on ‘Role of Social Pledges in Preventing Extremism’ organised by BRAC in the auditorium of Film Development Corporation in the city on Monday.