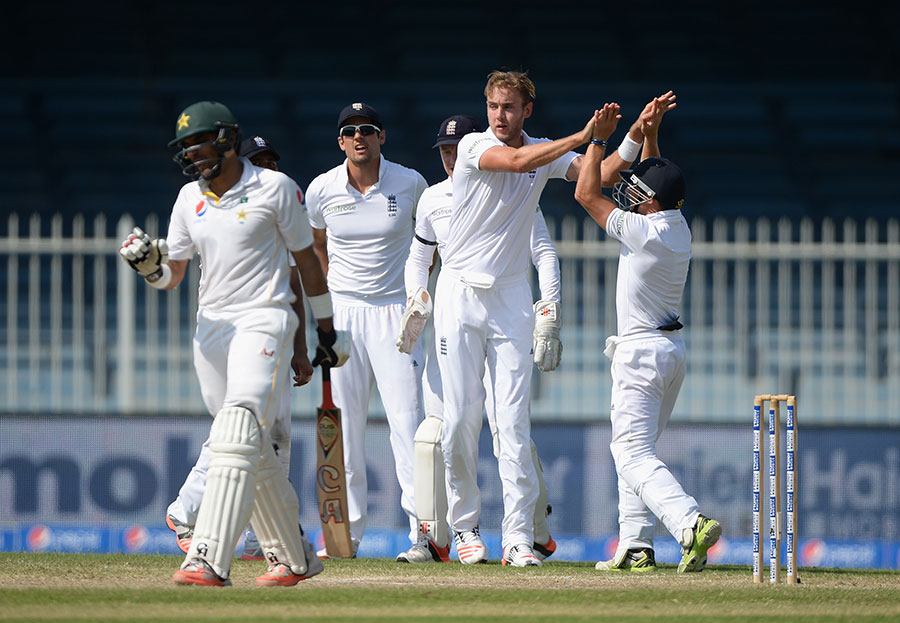 Misbah-ul-Haq was trapped lbw for 38 by Stuart Broad on the 4th day of 3rd Test between Pakistan and England in Sharjah on Wednesday.

Pakistan grabbed two early wickets to hit England hard in their chase of a 284-run target as the third and final Test heads for an intriguing finish after day four in Sharjah on Wednesday.
England were 46-2 with Alastair Cook (17) and Joe Root (six) fighting hard against Pakistan’s spinners, led by Shoaib Malik who claimed both the wickets on a weary Sharjah stadium pitch.
England will need another 238 runs on the fifth and final day on Thursday for a series-levelling win while Pakistan will fancy a 2-0 victory.
Pakistan won the second Test by 178 runs in Dubai while the first ended in a draw in Abu Dhabi. 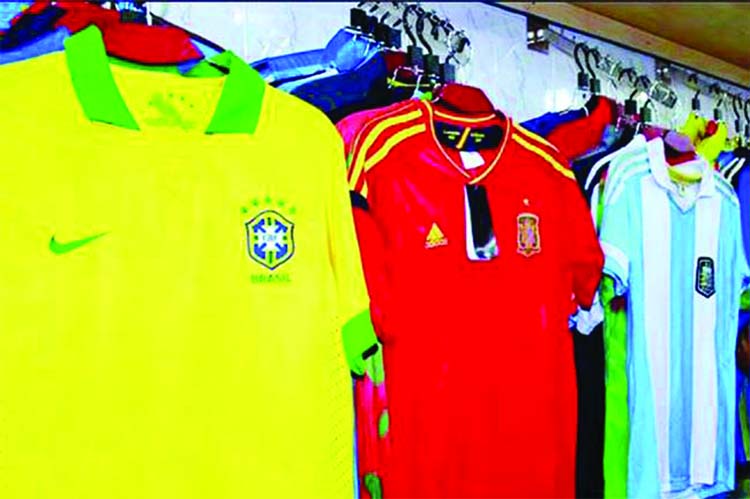 No law can restrict freedom of speech