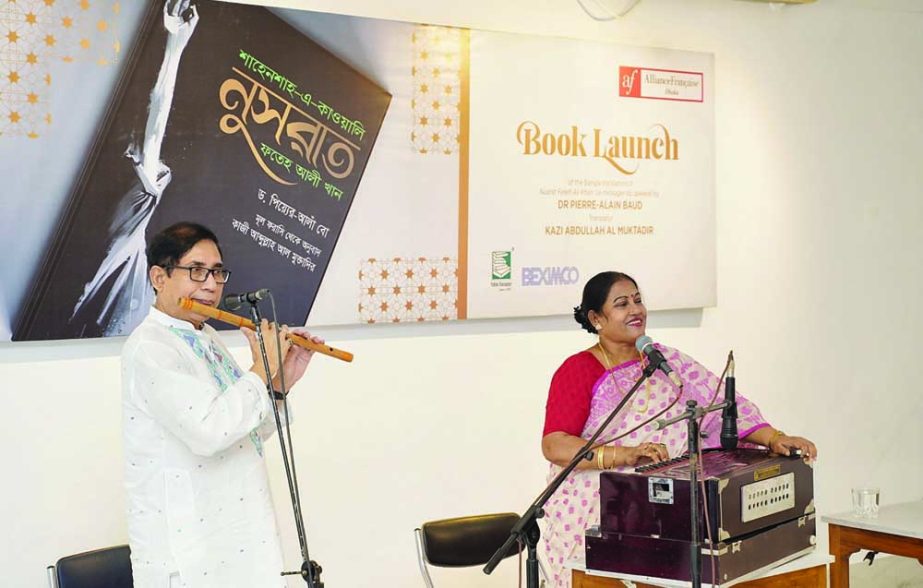 Entertainment Desk :
The book launching ceremony of the Bangla translation of ‘Nusrat Fateh Ali Khan: Le messager du qawwali’ by Dr Pierre-Alain Baud was held at La Galerie of the Alliance Française de Dhaka in
the capital’s Dhanmondi area on Friday. The book was translated from French to Bangla by Kazi Abdullah Al Muktadir and published by Pathak Samabesh. A discussion meeting and musical concert followed the book launching ceremony, said a press release.
Dr Pierre-Alain Baud, a French music researcher, was closely involved with Nusrat Fateh Ali Khan’s life and music for over a decade. Nusrat Fateh Ali Khan, the man with a magical voice, masterfully recorded on over 300 albums, which have sold millions of copies. His mission was to spread the message of the Sufi poets and mystics. A man of utter simplicity and someone truly of his times, Nusrat made Sufi music a global favourite.
This book is a personal account of the great qawwal’s life as observed by Dr Pierre-Alain Baud who spent a significant amount of time in Nusrat’s company and was closely in touch with him.
‘Nusrat Fateh Ali Khan: Le messager du qawwali’ was published in French in France, then in Urdu in Pakistan and then in English in India, before translated into Bangla.
Kazi Abdullah Al Muktadir was a student of English Language and Literature, who started learning French as a hobby. He started his career with a job in Alliance Française that gave him a hand in professional translation. He has worked successfully both at home and abroad as a French language teacher, translator and interpreter. Being a great admirer of Nusrat Fateh Ali Khan’s songs and due to his personal acquaintance with the author, he undertook the difficult task of translating this book. Currently he is working as the Administrative Manager at the Embassy of France in Bangladesh. 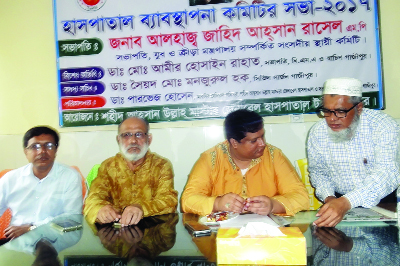 District watch in pictures: GAZIPUR: The meeting of the Managing Committee of Shaheed Ahsanullah Master General Hospital was held in Gazipur on Tuesday.

Shipping Minister Shajahan Khan distributing leaflets among the people with a view to raising awareness against launch and road mishaps. The snap was taken from Jatrabari area in the city on Tuesday.