Ferry plying on the Mawa-Kewrakandi route resumed on Thursday morning after a disruption for six hours due to dense fog.
Sirajul Islam, general manager of Bangladesh Inland Water Transport Corporation (BIWTC) at Mawa, said the ferry service on the important route remained suspended since 12:00 am for poor visibility caused by thick fog.
Twelve ferries with 1,000 passengers got stuck in the midstream of the Padma River, causing immense suffering to the travelers. Besides, 600 vehicles got stranded on both sides of the ghat due to the disruption.After visibility became clear with fog disappearing, ferry service resumed at 6:00 am. 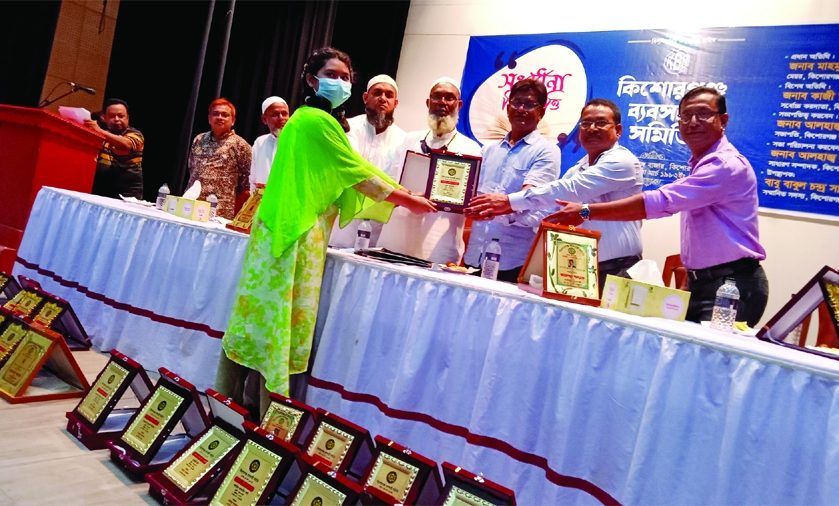 Kishoreganj’s Mayor Pervez Miah hands over crests and certificates to 25 brilliant students in a cremony organized by Kishoreganj Marchent Association at Local Art Council Hall on Friday with its President Asaduzzaman Khan Monir presided over.