CNN, Texas :
A Texas judge ordered a Fort Worth hospital to remove a pregnant and brain-dead woman from respirators and ventilators on Friday, perhaps ending a wrenching legal debate about who is alive, who is dead and how the presence of a fetus changes the equation.
Erick Munoz, husband of Marlise Munoz, broke down in tears after Judge R.H. Wallace told John Peter Smith Hospital to act on his order by 5 p.m. Monday.
Munoz and other family members had been fighting to have the body released for burial. Hospital officials resisted, saying they were trying to obey a Texas law that says “you cannot withhold or withdraw life-sustaining treatment for a pregnant patient,” in the words of the hospital spokesman.
Munoz left the courthouse without talking to reporters, but the family’s lawyers spoke out. Jessica Janicek argued that the hospital was “utilizing (Marlise Munoz’s) body as a science experiment.”
A breakthrough came when the hospital and the Munoz family agreed on crucial facts listed in a court document: that Marlise Munoz, 33, has “met the clinical criteria for brain death since November 28” and that “the fetus gestating inside Mrs. Munoz is not viable.”
The woman’s husband repeatedly made these claims in his efforts to have her removed from the machines.
The story may have more chapters. The hospital could appeal or decide to remove Marlise Munoz from a ventilator and respirator before that deadline. The judge did not rule on the constitutionality of a state law regarding the treatment of a pregnant patient.
Erick and Marlise Munoz, two trained paramedics, had been awaiting the arrival of their second child when she was found unconscious on her kitchen floor around 2 a.m. November 26. She was rushed to the north-central Texas hospital.
Once there, Erick Munoz said, he was told his wife “was for all purposes brain dead.” The family also says the fetus may have been deprived of oxygen. Erick Munoz had contended doctors told him his wife “had lost all activity in her brain stem” and an accompanying chart stated that she was “brain dead.” 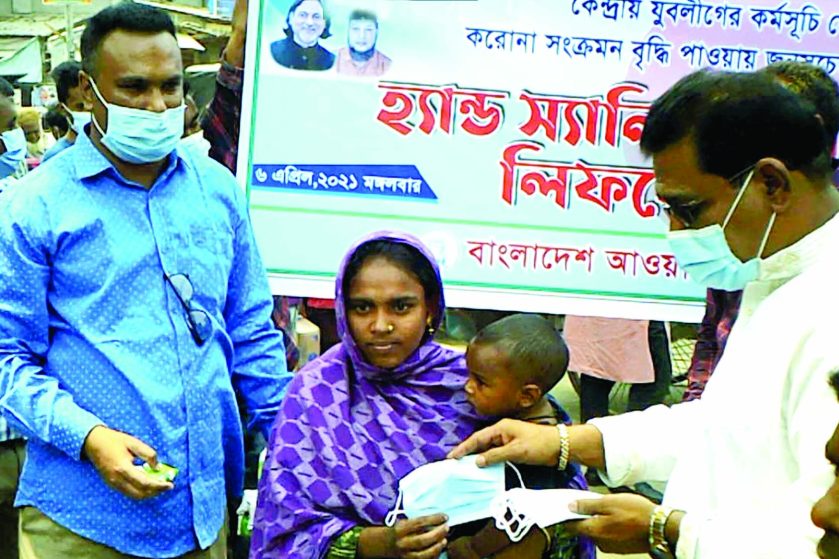 Shaghata Upazilla Chairman Jahangir Kabir distributes masks, soaps and leaflet among the people during the awareness campaign against coronavirus in the upazilla on Tuesday.