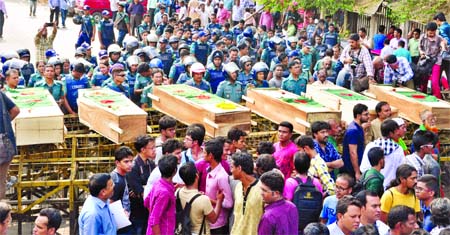 Procession with six token coffins brought out by Ganajagoran Mancha to submit memorandum to Home Minister demanding arrest and punishment to killers of Faisal Arefin Dipan was intercepted by police near the Secretariat on Thursday.

Dr Imran H Sarkar, spokesperson of a faction of Ganajagaran Manch, on Thursday claimed the recent killing incidents prove that the ‘government is pampering militants’.”The killings of bloggers are repeatedly being taken place for not arresting the perpetrators,” he said asking the government to prove that it is not favouring the militants.Imran was talking to reporters at the Secretariat after submitting a memorandum to Home Minister Asaduzaman Khan protesting the killing of publisher Faisal Arefin Dipan and other bloggers.Ridiculing the government, the Manch faction chief said. “It says it has taken zero tolerance policy against militants but we don’t notice it in reality.”He said, they discussed with the minister about the measures taken after the killings of bloggers and the ‘inaction’ of law enforcement agencies.Asked whether the minister assured them of arresting the criminals by any specific timeframe, Imran replied in the negative saying he only assured that the offenders will be brought to book as early as possible. Earlier, hundreds of activists of Ganajagaran Manch and student wings of several left-leaning parties started a coffin procession towards the Home Ministry from Shahbagh around 11:30am.However, police stopped them when they reached the west gate of the Secretariat.Later, a seven-member delegation was allowed inside around 1pm for handing over the memorandum to the home minister. 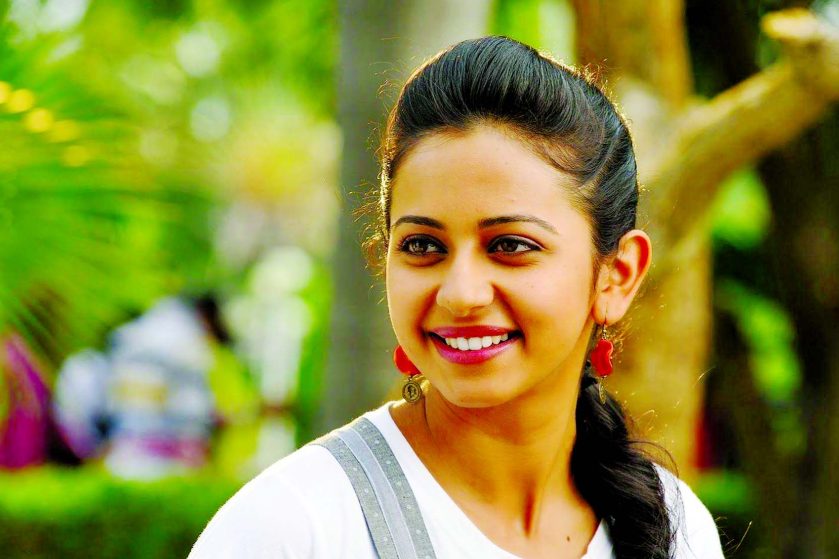 Tiffany Haddish’s condition to host Oscars 2020 is a hoot