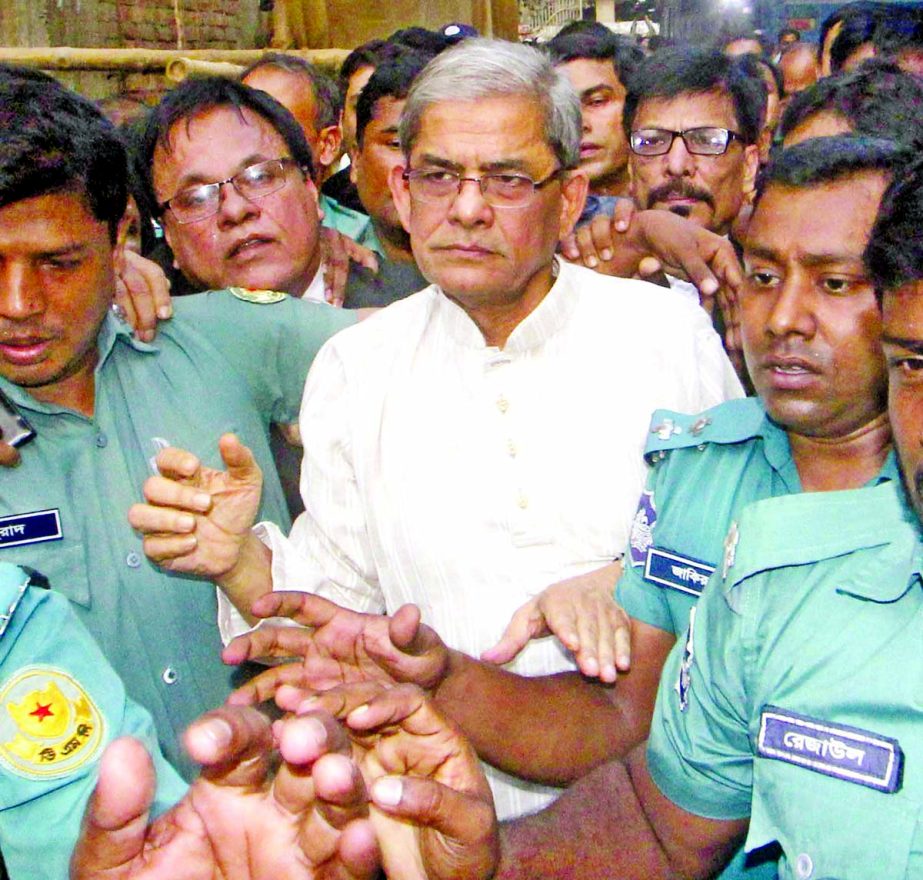 Court Correspondent :
The Chief Metropolitan Magistrate (CMM) Court of Dhaka sent BNP Acting Secretary General Mirza Fakhrul Islam Alamgir to jail rejecting his bail pleas in three arson and vandalism cases at about 4.30 pm yesterday.
Magistrate Md Maruf Hossain of the CMM Court rejected the three bail petitions after Mirza Fakhrul surrendered to the court in the cases on Tuesday. The court has told that as the Appellate Division of the Supreme Court refused his bail plea, the subordinate court has “no jurisdiction” to grant him bail in the cases. However, the court directed the prison authorities to take necessary action for his proper medical treatment considering his physical condition.
On Monday, an Appellate Division Bench headed by Chief Justice SK Sinha ordered Fakhrul to surrender
to the concerned subordinate court by Tuesday after hearing three separate petitions filed by BNP leader Fakhrul seeking extension of its order that earlier granted him bail in the cases.
Fakhrul appeared in the court around 3:00 pm yesterday in the three arson and vandalism cases filed against him with Paltan Police Station. Immediately after the court’s order, disappointed pro-BNP lawyers took out a procession on the court premises.
Earlier, on June 2, a High Court Division Bench granted ad interim bail to Mirza Fakhrul in the cases and also issued three separate rules upon the government to explain as to why he should not be granted regular bail in the cases filed with Paltan Police Station on January 4 and 6. On July 13, the apex court granted a six-week bail to the BNP leader on medical ground, perhaps to pave the way for his release from the jail. The apex court also directed him to surrender to the subordinate court after six weeks. On August 31, the apex court extended the bail order for six more weeks. On October 6, the court further extended it till November 2. 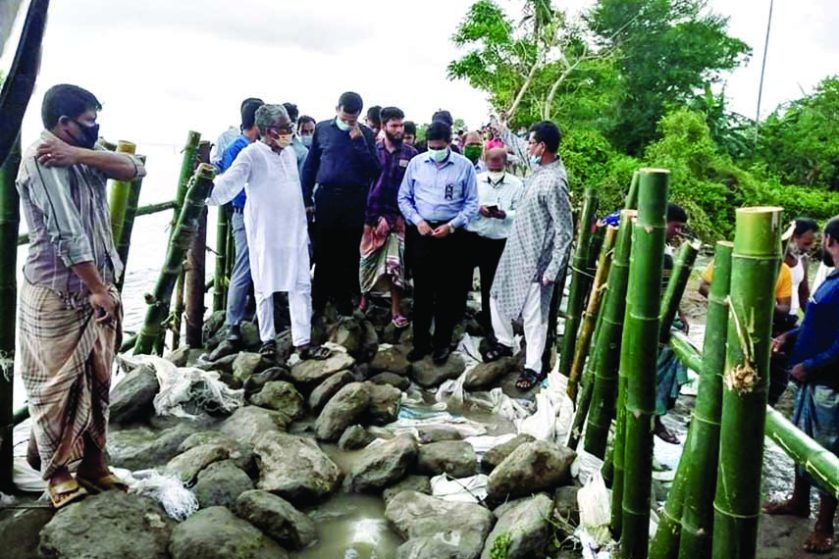