admin
BBC Online :
Five people have been killed and about 90 wounded after three blasts in the Egyptian capital that appeared to target the police force. The attacks began with a powerful car bomb that exploded outside the police headquarters in central Cairo, killing four people and wounding at least 76.
Within hours, two other blasts occurred elsewhere in the city, killing one person and injuring 15.
The attacks come on the eve of the third anniversary of the 2011 uprising.
The revolution forced the country’s decades-long ruler Hosni Mubarak to resign.
The multiple blasts which hit different parts of Cairo appear to be a systematic plan.
The attackers managed to hit hard at the heart of the Egyptian capital, close to the police headquarters and the museum of Islamic art.
While the police HQ was the most significant target, another blast near a metro station struck one of the most crowded means of transportation in the city.
Friday is a day off in Egypt, otherwise the effects of this second explosion would have been much worse. A third bomb went off near the Giza pyramids with no damage or casualties reported.
It is not just about the size of all these blasts but rather about the timing, coming on the eve of the third anniversary of the revolution which toppled Hosni Mubarak.
The minister of interior has repeatedly emphasised that his forces are quite ready to deal with any trouble during this anniversary, but what happened yesterday raises a lot of questions about what the authorities can actually do.
An al-Qaeda-inspired militant group Ansar Beit al-Maqdis (Champions of Jerusalem) has said it carried out the attack on the police headquarters.
The group previously claimed responsibility for a car bomb attack on a security building in the northern city of Mansoura in December that killed 16 people and injured more than 100 others.
The authorities blamed the Muslim Brotherhood for that attack – something the group strongly denied – and declared it a terrorist group shortly afterwards.
An angry group gathered outside the bombed police headquarters, accusing the Islamist movement of being behind Friday’s attacks. Some shouted “Death to the Muslim Brotherhood”.
The Muslim Brotherhood condemned what it called the “cowardly bombings”. The police headquarters was hit by a powerful blast at about 06:30 local time (04:30 GMT). Black smoke could be seen rising over the city soon after. Egyptian Interior Minister Muhammad Ibrahim said it appeared to be the work of a suicide bomber. 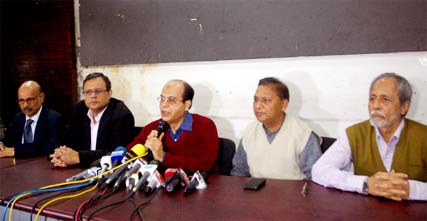 Ministry of Youth and Sports brought out a colourful rally in the city street on Wednesday marking the National Youth Day.