Corporal punishment of children is a serious matter

admin
Prof. Murray A. Strauss :
It was encouraging to read an article recently by Sir Frank Peters about the ill effects corporal punishment has on children.
As the author of the book, The Primordial Violence: Spanking Children, Psychological Development, Violence, and Crime (Routledge, 2013) from which Sir Frank gathered material for his report, I agree entirely with all the statements made.
Corporal punishment of children is a serious matter, as shown by the scientific evidence in this book, which is based on large samples from many nations. These studies, and more than 100 others, found that corporal punishment increased the probability of many things that parents in every nation hope will not happen to their children, including:
+ A weaker bond between parent and child
+ Lower IQ
+ Antisocial behavior and delinquency
+ Depression
+ Violence and sexual coercion of wives and husbands and dating partners
Corporal punishment usually stops the misbehavior in the immediate situation, but parents and teachers have no way of seeing the long term effects such as depression or hitting a spouse because they do not show for months or years later.
Like all harmful events, most people who experience them, are not harmed. For example, although a third of heavy-smokers die from smoking-related diseases; that same statistic also tells us that 2/3rds heavy-smokers do not die. Similarly, only a small percentage of soldiers in combat end up with Post-Traumatic Stress Syndrome.
Given that only a fraction of those who experience a harmful event like being smacked actually suffer the harms, those who have been smacked a lot can believe it is harmless, especially if, as the case of smacking, their culture says it is sometimes necessary. What it really means is that they are among the lucky majority who were smacked a lot and not harmed.
Harmful effects might not show up for months or even years later. That makes it even less likely to connect the behaviour problem to having been smacked when they were young.
One also needs to understand, although corporal punishment has only a small probability of harming any one child, it’s almost certain to harm the nation.
How can this be? It is because in most nations almost all children are smacked. Therefore, the number children who later develop these problems is large, even if only one per cent of the children who are smacked have their IQ lowered, are depressed, or hit their spouse. Therefore, for each million children who are smacked, “only one per cent” means 10,000 with lower IQ, depression, or violence against a spouse when they are adults.
From my extensive research on the subject, over a period of four decades, I can categorically state that corporal punishment is not beneficial to a child or society on the whole and I wholeheartedly agree with Sir Frank Peters that the sooner it is abolished worldwide in homes and schools, better the nation and the world would be.
(The writer is Professor Emeritus of Sociology and Co-Director, Family Research Laboratory, University of New Hampshire. 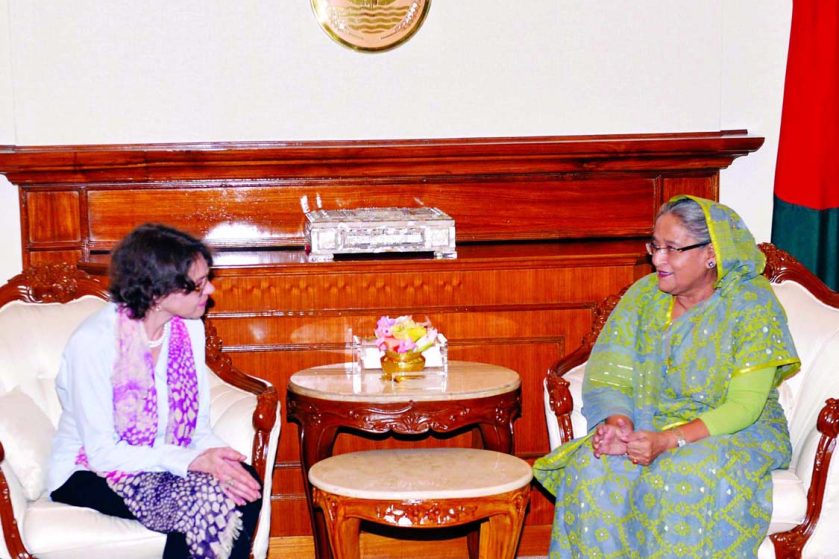 BD to take back its irregular migrants from Europe

A discussion meeting was held at the Conference Room of Natore Police Line’s on Saturday marking the Community Policing Day-2020. Natore DC Shah Reaz, SP Liton Kumar Saha and Zilla Parishad Chairman Advocate Sazedur Rahman Khan were present, among others, at the discussion.