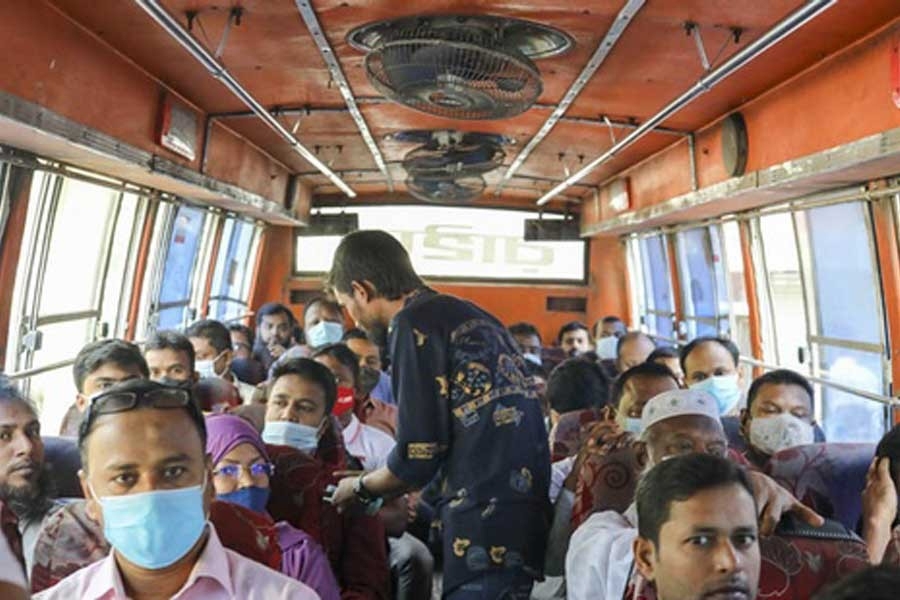 The government has reduced the fares of inter-district and long route buses by Tk 5 paisa per kilometre after fuel prices were lowered by Tk 5 per litre.

The decision was taken at a meeting held at the Bangladesh Road Transport Authority’s (BRTA) head office in the capital’s Banani on Wednesday, said Road Transport and Highways Secretary ABM Amin Ullah Nuri.

The new prices will be effective from Thursday, he added.

The fares for inter-district and long routes buses and mini buses will be decreased to Tk 2.15 per kilometre from the existing Tk 2.20 per kilometre.

The minimum bus and mini buses fares in Dhaka have been fixed at Tk 10 and Tk 8 respectively.

On Monday, the government lowered fuel prices by Tk5 per litre 23 days after raising them by up to 51.68 per cent.

Prices of diesel and kerosene will now be Tk109, petrol Tk125, and octane Tk130 per litre at the filling stations, State Minister for Power, Energy, and Mineral Resources Nasrul Hamid told UNB.

On August 6, BRTA increased fares of inter-district and long route buses by 22 percent and 16.27 percent in Dhaka as the government increased fuel prices to a record high amid the volatility in the global market.

Diesel and kerosene retail prices were fixed at Tk114, petrol at Tk130 per litre and octane at Tk135 per litre.

The Straits Times :Asean cannot discuss with Myanmar on how to grant citizenship to the Rohingyas, but stands ready to provide healthcare and education, said Singapore’s Foreign Minister Vivian Balakrishnan on Wednesday.“Simple answer is no,” he said when Singapore’s MP Louis Ng asked him in the Parliament if the issue of citizenship for the refugees could be discussed by the Association of Southeast Asian Nations (Asean) at a deeper level, reported The Straits Times.Dr Balakrishnan said, “Citizenship is a fundamental...
February 14, 2019