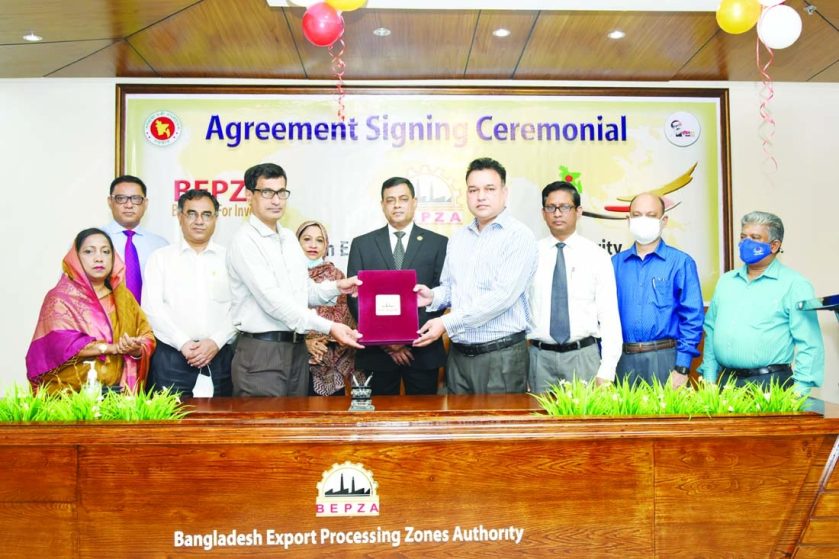 Md. Mahmudul Hossain Khan, Member (Investment Promotion) of Bangladesh Export Processing Zones Authority (BEPZA and Md. Ashraf Uddin, Director General of Department of Environment (DoE), exchanging document after signing a MoU at BEPZA Complex in the capital recently to ease the services for the existing enterprises as well as for setting up new industries in EPZ. From now, the EPZ investors will get other facilities including issuance & renewal of environment clearance services easily through online. Executive Chairman of BEPZA Major General Md Nazrul Islam and other top officials from both sides were present.

Daredevil: A pedestrian tries to cross Jatrabari intersection through a tiny gap between two buses risking his life amid poor enforcement of traffic rules.

State Minister for Shipping Khalid Mahmud Chowdhury waters a sapling after planting it at a tree plantation programme marking ‘Mujib Year’ organised by Bangladesh Jatiya Sangsad on its premises on Tuesday.

Webinar on Bangabandhu at Barisal University