City Desk :
Awami League (AL) General Secretary Obaidul Quader on Tuesday said they are not afraid of the BNP’s threat of movement since the people has been with their party for the last seven decades.
He made the remark while speaking at a press conference at his official residence on Tuesday morning.
Responding to statements of BNP leaders that the government is trying to create anarchy in the country, Quader, also the road transport and bridges minister, questioned why the government would create anarchy.
“The government wants people’s relief and stability. In fact, the BNP is creating anarchy and doing terrorist acts in the name of movement,” he said.
The minister said the country’s people have not forgotten the BNP’s misrule, reports BSS.
He said the BNP is again trying to create anarchy in the country taking the communal forces with them.
Lacking public support in their “so-called movement”, the BNP leaders have become dependent on terrorist acts, Quader said.
Asking the BNP to shun the path of terrorism and anarchy to ensure the safety of public properties and their relief, he said the party is still daydreaming of another 1/11-like situation but its dream would never come true.
Mentioning that the breaching promises is the BNP’s political character, the AL general secretary said the party does the opposite of what it pledges.
He said the BNP leaders talk about elections, democracy, human rights and people’s rights to votes but all of those were violated by them and that’s why their double standard policy is very clear to the people of the country.
Quader said Prime Minister Sheikh Hasina’s development and people-oriented politics have pushed the political future of BNP into darkness, so the BNP is trying to seize the state power in an undemocratic way.
About the BNP’s movement, he said if any element of violence is added to their programme, the government will strictly resist it to protect the lives and properties of commoners.
The BNP’s movement means violence and setting public properties on fire so the AL will not leave their misdeeds unchallenged, the AL general secretary said.
“Those who have been criticising the government blindly for a long time, why are their mouths closed?” he questioned.
He said Prime Minister Sheikh Hasina cleared it that the fuel price hike was temporary and the price would be adjusted once it goes down.
Quader said since Sheikh Hasina, the daughter of Father of the Nation Bangabandhu Sheikh Mujibur Rahman, understands the suffering of the people, her government has set an example by cutting fuel prices. 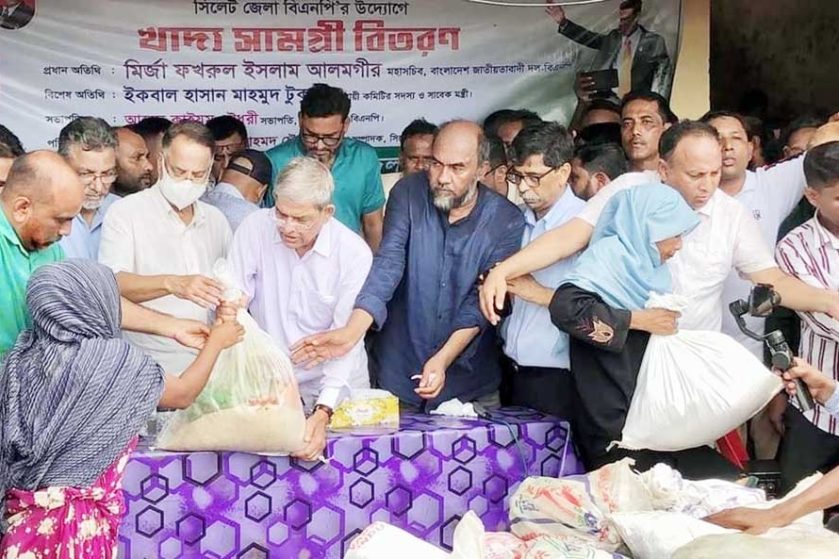