3 killed as 3 trucks ram into each other in Natore

UNB, Natore :
Three people were killed as three trucks smashed into one another losing visibility amid dense fog on the
Banpara-Hatikurul Highway in no. 8 bridge area in Baraigram upazila on Wednesday.
The deceased were identified as truck driver Selim Reza,38, of Chapainawabganj district, his helper Nazrul Islam, 27, of Kishoreganj and Mohibul Hossain, 20, resident of Chapainawabganj district.
Banpara highway police sources said, the accident took place at Agran in the area in the morning when three goods-laden
Notore-bound trucks from the capital smashed into one another owing to poor invisibility in the fog after losing control over steering, leaving Selim, Reza dead on the spot.
On information, police recovered the bodies. Later, police recovered body of Mohibul under a truck damaged in the accident. Poor visibility caused by dense fog and wet highway led to the accident, the highway police added. 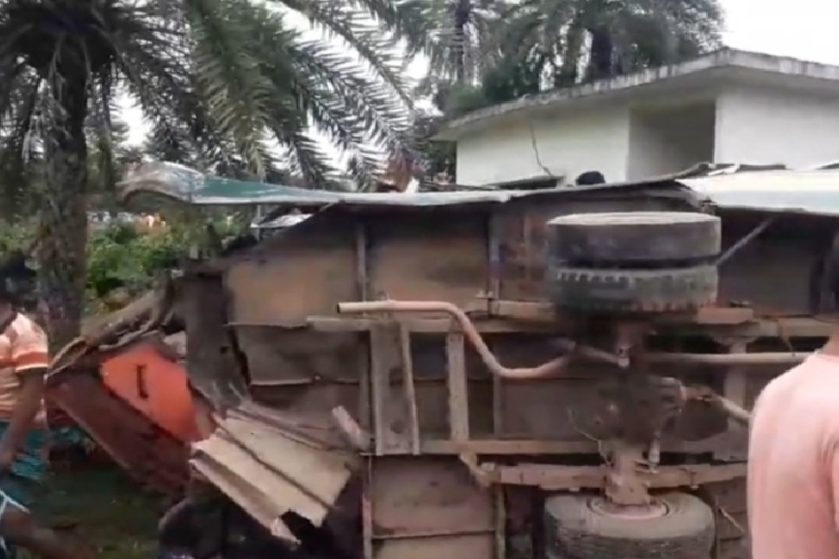 4 crushed under train in Gazipur;10 hurt